Dell launches a gaming desktop in India at Rs 67,590

Built to cater to entrants in desktop gaming, Dell has expanded its G Series gaming range with the launch of the new Dell G5 desktop 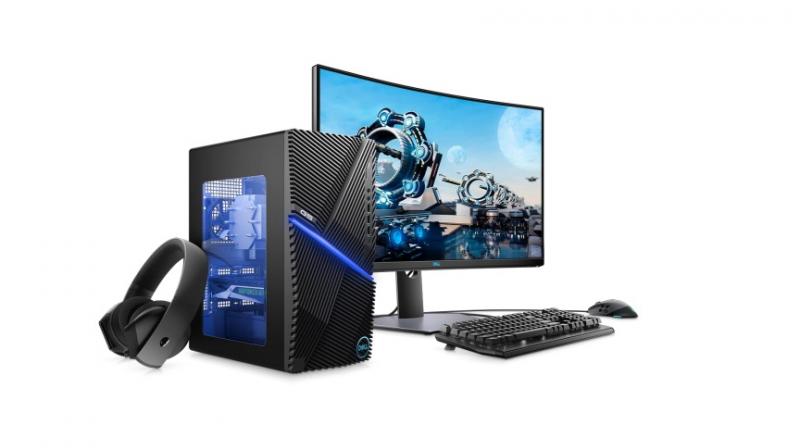 The new Dell G5 is the first gaming desktop in the G series, engineered for uninterrupted gameplay

Addressing a steady rise in gaming enthusiasts looking for a desirable gaming experience, Dell in India has announced the launch of its gaming desktops, the Dell G5 (5090). Built to cater to entrants in desktop gaming, Dell has expanded its G Series gaming range with the launch of the new Dell G5 desktop.

Desktops continue to enjoy a major share in the PC gaming segment in India, owing to sheer upgradability of components, whether you are entrant in PC gaming or nurturing your gaming skills to go pro. Additionally, superior graphics, sizeable storage, powerful performance and affordability makes gaming desktops a favorite among players. Dell believes that the evolving gaming landscape demands cutting-edge technology and innovation to keep players ahead of the competition. With this launch, Dell is addressing gamers who seek to build their own gaming rig and now have a choice in Dell.

Anand Subramanya, Director, Product Marketing, Consumer and Small Business, Dell Technologies, India, said, “We wanted to close the year on a high note with these gaming desktops. With the new Dell G5, entry level gamers now have an easy choice to make, without compromising on performance. Whether you are new to PC gaming or entering the professional leagues, Dell has it all.”

·Distinctive, gamer-inspired design - Blue LED lighting and optional clear window side panel give the G5 gaming desktop a dynamic look and feel while allowing easy access to the interior for upgrades.

·Game changer, space saver - The versatile yet compact design takes up minimal space, making it easier to game in a smaller space like a dorm room, bedroom, or den.

·VR-capable graphics - The Dell G5 supports up to the latest NVIDIA GeForce GTX and RTX graphics cards for high-powered gameplay and VR-capable performance.

·Optimal cooling - The G5 stays cool during intense gaming sessions thanks to optimal airflow driven by a 95W fan, with a maximum fan speed of 4500 rpm and a flowrate of 41.8 cubic feet per minute (CFM).

·The Dell G5 starts at Rs 67,590 plus GST and is now available at Dell exclusive stores, select multi-brand outlets and the company’s website.