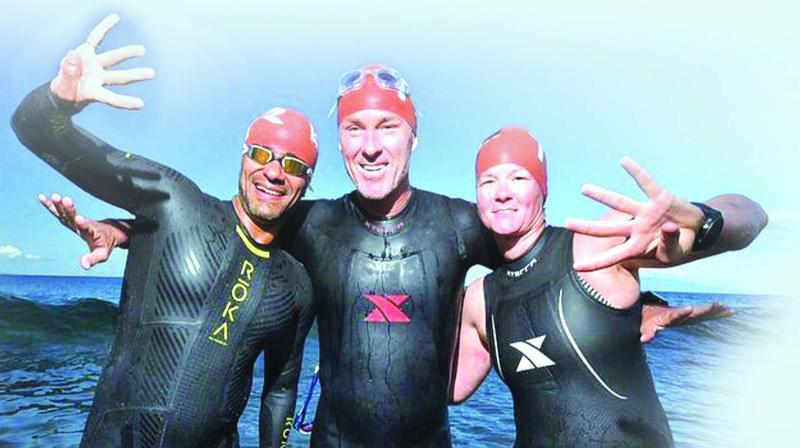 Triathlete Gaurav Makkar became the first person from India to complete Epic 5 Endurance Challenge and made himself in the list of 38 world class athletes, who have finished this challenge in the last 10 years.

Each day athlete has to complete 3.8 km swim, 180 km cycling and 42.2 km Run for 5 days. Ironman is one of the toughest endurance triathlons in the world, seeing competitors finish 3.86km swim, a 180km bicycle ride and a 42.20km marathon run in under 17 hours. Not even 50 people have achieved this feat in its history and only three have this year. Gaurav was one of them.

Gaurav says he hadn’t thought of attempting the Epic 5 when he first heard of it and was convinced of it only last year. “It seemed something next to impossible when I first came across it a few years ago.

The Epic 5 Challenge was conceptualized in 2010 when Jason P. Lester and Rich Roll achieved this previously thought impossible feat.

Since then, every summer, a handful of athletes descend upon five islands in Hawaii, where they attempt to complete five Ironman-distance races on five islands — Kauai, O‘ahu, Molokai, Maui and Kona. On an average, less than half a dozen athletes manage to finish the five races each year. This year, apart from Gaurav, the two other finishers were Suzy McCulloch Serpico and Brian Fredley (both from the US).

“The intensity of the challenge makes it so difficult,” explains Gaurav, adding, “The three of us only had seven-eight hours of sleep over the five days of the event. It becomes a question of your will power after a while.”

Gaurav turned to triathlons and long-distance running only in 2015, when he finished his first full marathon followed by his first Ironman.

However, in only four years since then, he has racked up an impressive resume in endurance sports.