Kumar defeated Reza Atrinagharchi of Iran 6-3 to clinch the medal in the 57-kg weight category. 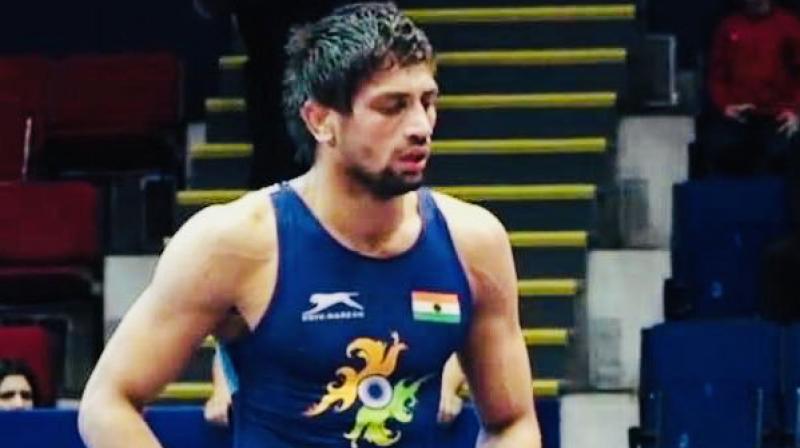 The wrestler had previously won a medal in the junior championships. (Photo: Twitter)

Kumar defeated Reza Atrinagharchi of Iran 6-3 to clinch the medal in the 57-kg weight category.

The wrestler had previously won a medal in the junior championships.

With Kumar's win, India now has three medals in the event and has secured three Olympic quotas.

Earlier in the day, Bajrang Punia won a bronze medal in the championships, defeating Tulga Tumur Ochir of Mongolia 8-7 in the 65-kg weight category.

Punia had secured a spot for the Tokyo 2020 Olympics on Thursday after an impressive 8-1 win over North Korea's Jong Son in the tournament.

On Wednesday, Vinesh Phogat became the first Indian wrestler to qualify for the Olympics and she would be competing in the 53-kg category. She had bagged gold medals in the 2014 and 2018 Commonwealth Games.

In the 2018 Asian Games, she had clinched a gold medal in the 50-kg category.