Second-seeded Panghal prevailed 3-2 in an exhausting bout to make the summit clash. 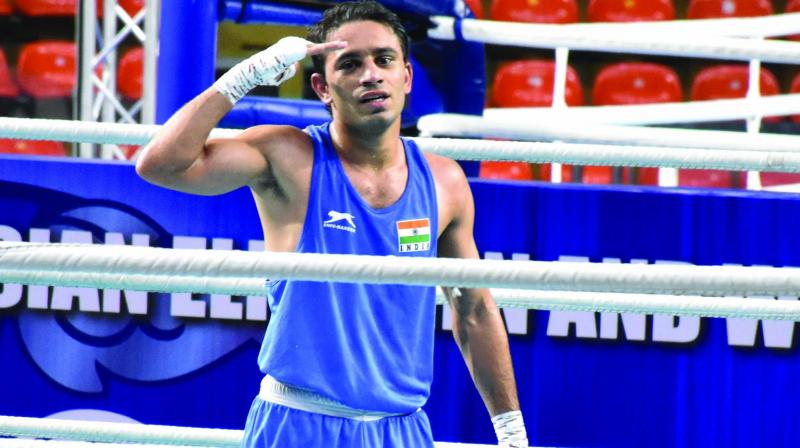 Panghal's rise has been nothing short of spectacular in Indian boxing ever since he claimed a 49kg category bronze in the 2017 Asian Championships. (Photo: File)

Ekaterinburg: Asian champion Amit Panghal (52kg) on Friday became the first Indian to make the finals of the World Men's Boxing Championships after he defeated Kazakhstan's Saken Bibossinov in the last-four stage here.

Second-seeded Panghal prevailed 3-2 in an exhausting bout to make the summit clash.

Panghal's rise has been nothing short of spectacular in Indian boxing ever since he claimed a 49kg category bronze in the 2017 Asian Championships.

He was a quarterfinalist at the world championship on debut in the same year, went on to win consecutive gold medals at the prestigious Strandja Memorial in Bulgaria, before becoming the Asian Games champion in 2018.

This year, he already has the Asian Championships gold to his credit after moving to the 52kg category following the dropping of 49kg from the Olympic roster to accommodate more women's divisions in the 2020 Tokyo Games.

India had never won more than one bronze medal in a single edition of the world championships but Panghal and Manish Kaushik (63kg) changed that by making the semifinals.