Vinesh secured a spot for 2020 Tokyo Olympics after an impressive 8-2 win against Sarah Hildebrandt in ongoing World Wrestling Championship. 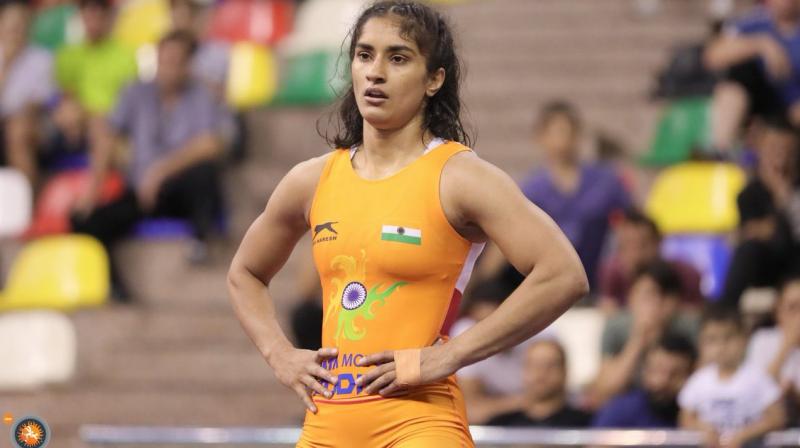 With this victory, Vinesh became the first Indian wrestler to qualify for the Tokyo Olympics in the 53 kg category. (Photo: Twitter)

"I want to congratulate Vinesh for qualifying in the Olympics," said Babita in a video message.

Vinesh secured a spot for the 2020 Tokyo Olympics after an impressive 8-2 win against Sarah Hildebrandt of the USA in the ongoing World Wrestling Championship on Wednesday.

With this victory, Vinesh became the first Indian wrestler to qualify for the Tokyo Olympics in the 53 kg category.

"I want to thanks Sports Minister and also the President of Wrestling Federation in India Brijbhushan Singh as he has taken wrestling to new heights. I also want to thank our Chief Minister. So, I want to thank all of them to encourage sports," she said.

Vinesh bagged back-to-back gold medals in the 2014 and 2018 Commonwealth Games. In the 2018 Asian Games, she clinched a gold medal in the 50 kg category.