The sport sees female fitness junkies hit each other until one of the competitors falls. 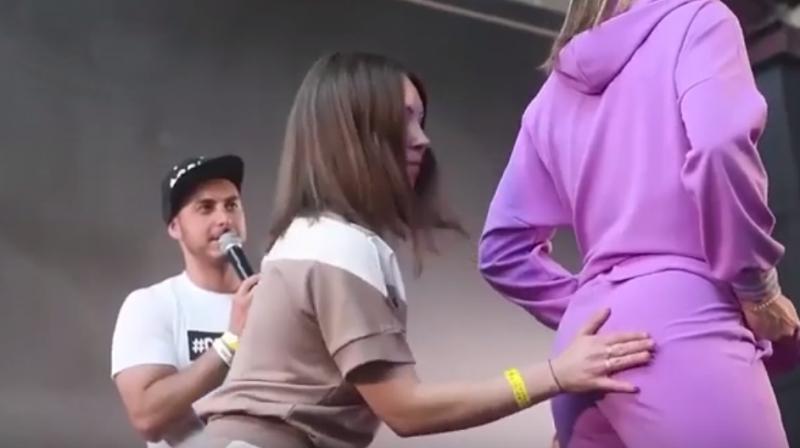 Unlike its male slapping counterpart, the sport isn’t about deliberately causing any serious harm to the opponent. (Photo: ВСЕГО ПОНЕМНОГУ / YouTube)

Mumbai: The Internet, however weird, offers a very encouraging environment for the craziest of videos to go viral. When a farmer from Siberia named Vasily ‘Dumpling’ became a hit on the web after he knocked out his opponent, the Male Slapping Championship gained widespread popularity.

It didn’t take long after that for the sport to inspire a new Russian sport - The Butt-Slapping Championship, a competition where women knock over their opponents by slapping them in alternate turn on their buttocks.

The sport, called the ‘Booty Slapping Championships’, sees female fitness junkies spank each other until the lesser trained butt loses balance and either falls, or is forced to take a step forward. The opponent delivering the slap then emerges victorious.

Unlike its male slapping counterpart, the sport isn’t about deliberately causing any serious harm to the opponent.

Watch as one of the championship winners, fitness blogger Anastasia Zolotaya demonstrates her strict workout regime.