Expecting many 20-22-year olds to compete for a place in the team, Rai is building shoulder muscles to keep himself in the running 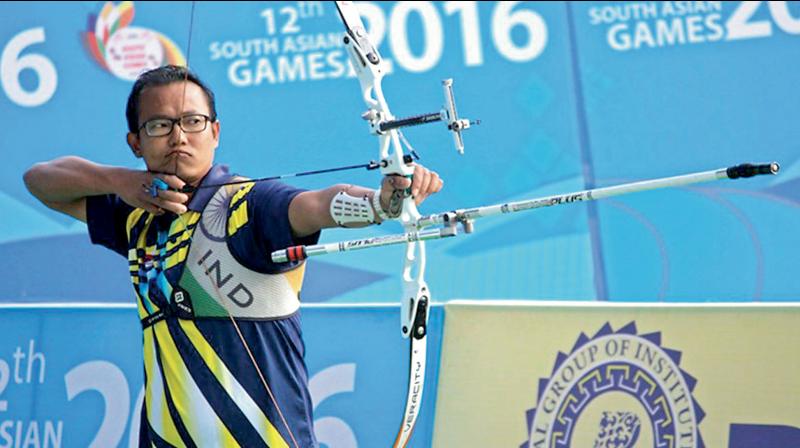 Ageing Tarundeep Rai hopes to keep himself fit for the challenges ahead. DC File Photo

Kolkata: Amid the nationwide lockdown, veteran Indian archer Tarundeep Rai is busy building shoulder muscles at the Army Sports Institute in Pune, which he believes will keep him in shape for Tokyo Olympics now postponed to next year due to the Covid19 pandemic.

The postponement of the Tokyo Games was a bitter pill to swallow for the two-time World Championship silver medallist as he will get one year older when he takes the field for his third Olympics.

"For me, the postponement of Olympics means I will get older by one year, so it will be a new challenge," the 36-year-old said.

He has been forced to change his training due to the worsening Covid19 pandemic and the 21-day nationwide lockdown. His daily routine now is to search YouTube for videos on "how to build shoulder muscles" and train at the gym for long hours.

"It's a big risk to go to the trainers, so YouTube is the constant company now. I follow some channels and pick some videos," Rai, who competed in 2004 Athens Olympics and 2012 London Games, said.

"Now I'm not shooting that much. It's more of dry shooting practice so that the body is tuned to bow and arrows," the 2010 Asian Games individual silver medallist said.

Rai, along with India number one Atanu Das and his Army colleague Pravin Jadhav, had clinched quota place for the men's team while winning a silver at the World Championships at Den Bosch in the Netherlands last year.

The trio was placed in the top-three in the trials to pick the Indian squad for Tokyo Games when the Covid19 pandemic brought to a halt all the sporting activities.

"No doubt I'm a bit ahead in terms of experience, but the real challenge will be to stay fit and compete with the rising young talents. In this one year, many 20 to 22-year-olds will come up and compete for a place in the team. I think by building shoulder muscles, I will be able to withstand the challenges ahead," he said.