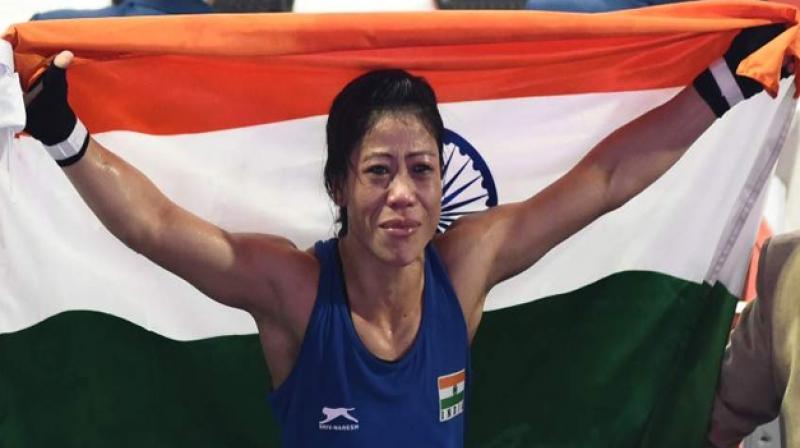 New Delhi: A six-time world champion and an Olympic bronze-winner, surely M C Mary Kom can be expected to have a "secret mantra for success". But as it turns out, she has none.

The 37-year-old is gearing up for her second Olympics, postponed to 2021 amid the Covid19 pandemic.

On Wednesday, she was speaking on the subject "Making of a Champion" for Sports Authority of India's facebook live session for athletes, who are mostly confined to their homes or hostel rooms right now amid a national lockdown to contain the pandemic.

Mary Kom said she doesn't have any secret recipe to share for the stupendous success she has achieved. "I don't have any mantras for success. Just work hard and be honest to what you are doing, that's all. Ups and downs are always there but you should not lose focus on your dreams," said the trailblazing boxer, who was rechristened the 'Magnificent Mary' by her sport's world governing body.

"My boxing journey was not easy. To reach national, international and Olympic level is not easy. But if you have the will, and want to achieve in life, you can," she added.

"My early life was very difficult. Coming from a poor family, it was so difficult. I can't explain the hardships. I don't want to even remember it."

Mary Kom is also a Rajya Sabha MP and was recently wrongly accused, in some sections of media, of violating the quarantine protocol after returning from the Asian olympic Qualifiers in Jordan early last month.

She was under no obligation to be in compulsory quarantine at that time and attended a breakfast hosted by President Ram Nath Kovind while being on voluntary isolation, leading to a furore.