The deal was already finalised in January but Pulisic stayed with Dortmund for the rest of the season. 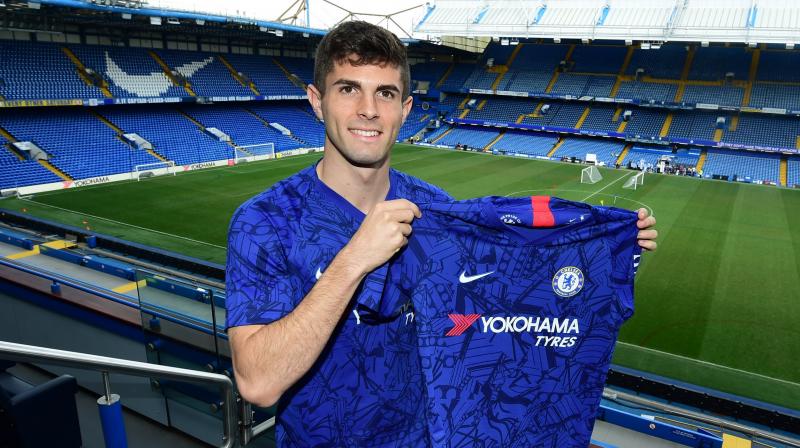 'It's one of my biggest dreams to be here and play in the PL. To be a Chelsea player is a huge honour,’ said Pulisic. (Photo: Chelsea FC/Twitter)

Christian Pulisic has been officially unveiled as a Chelsea player as he posed with the club's shirt at Stamford Bridge. The American completed his 58 million pounds move from Borussia Dortmund last week when the transfer window officially opened.

The deal was already finalised in January but Pulisic stayed with Dortmund for the rest of the season. He is now a key player in Sarri’s squad and was clicked in Chelsea’s new kit for the next season.

Pulisic had revealed that he was looking forward to playing with N’Golo Kante, in his first interview for Chelsea.

'I'm excited to meet him; I love him as a player. The backline too, Luiz, Rudiger and those guys. It feels amazing I'm super excited. I can’t wait.' added Pulisic.

As per reports published by Daily Mail, Pulisic expressed his excitement to play for the club. 'It’s going to be an amazing experience. To be back in England, to be able to speak English and to meet the guys. I'm thrilled,’ said Pulisic.

'It's one of my biggest dreams to be here and play in the PL. To be a Chelsea player is a huge honour,’ he added.