Gestifute also released a tax return issued by the Spanish tax agency showing Ronald is up to date with his obligations. 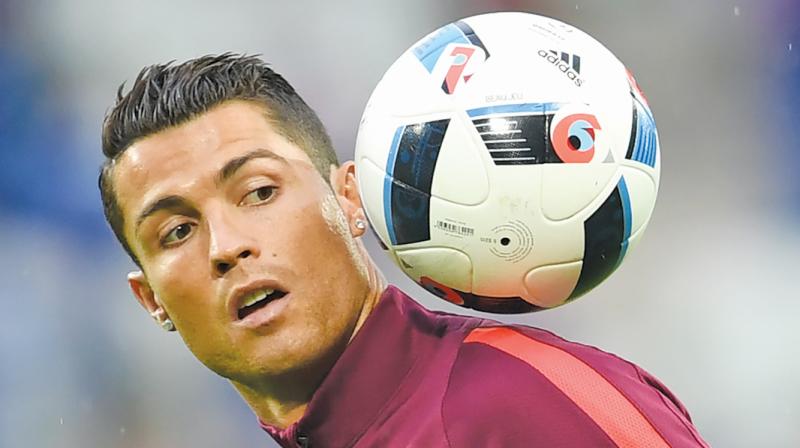 Madrid: Real Madrid launched a staunch defence of star forward Cristiano Ronaldo on Tuesday, demanding respect for the three-time World Player of the Year amid allegations he hid millions of euros earned from image rights in tax havens.

“Real Madrid demand the maximum respect for a player like Cristiano Ronaldo, whose behaviour has been exemplary during his entire time at our club,” Madrid said in a statement.

Ronaldo, 31, has strongly denied the claims in a statement via Gestifute, the firm controlled by his agent Jorge Mendes.

“Cristiano Ronaldo has always acted in good faith in this matter, as the fact that he has never been involved in any conflict with the Tax Authorities from any country where he has lived clearly shows,” said Gestifute.

Gestifute also released a tax return issued by the Spanish tax agency showing Ronald is up to date with his obligations.

“The certificate released by the Spanish tax agency which shows our player Cristiano Ronaldo is up to date with all his tax obligations,” added the Madrid statement.

Madrid destabilised
Ronaldo is just one of a series of Madrid players to have been accused by the “Football Leaks” investigation into corruption in football. Spanish newspaper El Mundo accused Portuguese defenders Pepe and Fabio Coentrao, also both clients of Mendes, of selling their image rights to companies in the British Virgin Islands and Panama, respectively.

Pepe was reported to have earned 3.7 million euros in image rights since signing for Madrid in 2007 and Coentrao 3.5 million since 2011.