Breaking Sachin Tendulkar’s record of being the fastest Indian to score 2,000 IPL runs in 63 innings, Rahul achieved the feat in 60 innings. 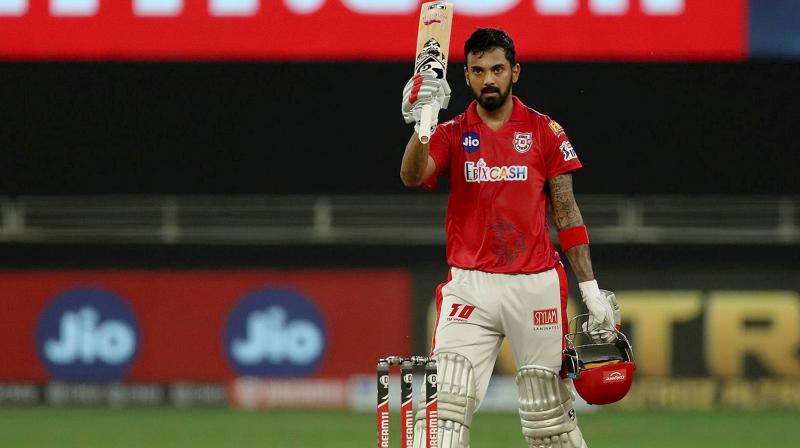 KXIP skipper KL Rahul’s 132, off just 69 deliveries, is the highest score built up by an Indian player in an IPL innings. (Photo | PTI)

Dubai: Captain KL Rahul on Thursday recorded the highest-ever score by an Indian batsman in IPL history as he took Kings XI Punjab to a comfortable victory over Virat Kohli-led Royal Challengers Bangalore.

Rahul, in his second outing as skipper, was dropped twice by Kohli before he scored a ton that went on to become an unbeaten 132 off just 69 deliveries—the first century of the 2020 season—to help Punjab post a massive 206 for three and a 97-run win.

India captain Kohli had a night to forget when he dropped Rahul on 83 and again on 89 one over later in the match in Dubai.

Rahul also recorded the highest score ever by a captain in the IPL, and broke Sachin Tendulkar’s record to become the fastest Indian to 2,000 IPL runs, achieving the feat in 60 innings compared to the legendary player’s 63 innings.

“It was good to be in the middle and see the team through whatever we’d planned before the game,” Rahul said.

“I think it’s as complete a team performance as it can get, really happy.”

Kohli acknowledged that he did not have the “best day of the office”.

“Maybe if we restricted them to under 180, we wouldn’t have been under pressure... from ball one to chase close to 210,” he said.

“So we know exactly where we went wrong and it’s time to put my hand up and say a couple of important chances went down.”

The game took on a sombre note after the sudden death of Australian batsman and cricket commentator Dean Jones, who had been covering the Indian Premier League from Mumbai, from a heart attack.

Players from both teams wore black armbands to honour Jones and in a pre-match show, fellow commentator and Australian Brett Lee praised the 59-year-old as an “absolute legend”.