No Chris Gayle, Lasith Malinga in 'The Hundred' draft

Both had their base price set at a maximum of 1,25,000 euros along with Mitchell Starc, Steve Smith, David Warner, and Kagiso Rabada. 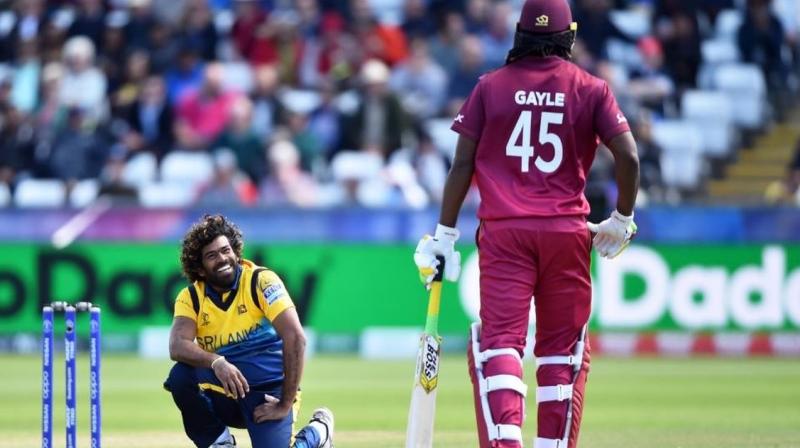 The experienced Chris Gayle and Lasith Malinga were not picked up by any franchise in the first player draft of 'The Hundred' on Sunday (local time).

London: The experienced Chris Gayle and Lasith Malinga were not picked up by any franchise in the first player draft of 'The Hundred' on Sunday (local time).

Both had their base price set at a maximum of 1,25,000 euros along with Mitchell Starc, Steve Smith, David Warner, and Kagiso Rabada.

Gayle, Malinga, and Rabada were remained unsold in the draft. Babar Azam, world number one T20I batsman, was also not sold before his reserve price of 75,000 euros was passed and so will not be playing a part in the tournament. Also missing out are Kieron Pollard, Dwayne Bravo, Quinton de Kock, and Tamim Iqbal, ICC reported.

Afghanistan all-rounder and skipper Rashid Khan and Andre Russell were among the top picks of the draft.

Scheduled for 2020, the tournament will see eight new city-based teams competing over a five-week period.

The new white-ball cricket is a 100-ball per inning format. In the matches, a change of end will take place after ten balls and bowlers can deliver either five or ten consecutive balls. Each bowler can deliver a maximum of 20 balls per game and each bowling side gets a strategic timeout of up to two and a half minutes.

Moreover, The Hundred will have a 25-ball powerplay start for each team and two fielders are allowed outside of the initial 30-yard circle during the powerplay. These playing conditions have been recommended by ECB's Cricket Committee.