On Friday, the Pakistan Cricket Board (PCB) received an anonymous email which stated that the Indian team is under imminent threat. 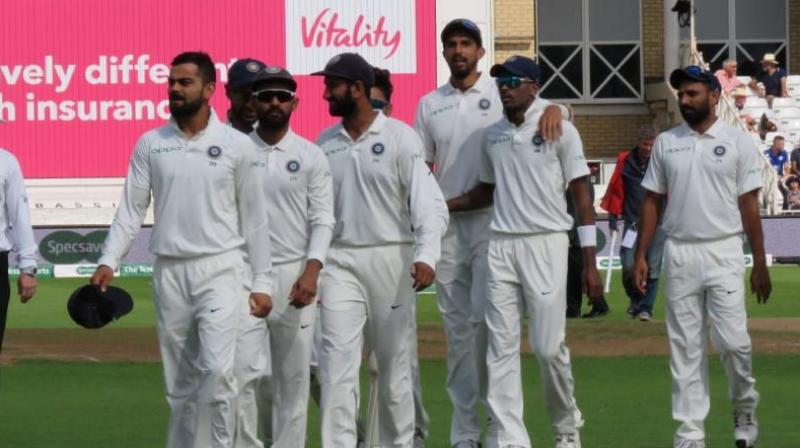 The Indian cricket team is currently on tour of the West Indies and they have already played the T20 and the ODI series. (Photo: Twitter/BCCI)

Mumbai: The Indian cricket team is currently on tour of the West Indies and they have already played the T20 and the ODI series. The first match of the Test series will start on 22nd August.

On Friday, the Pakistan Cricket Board (PCB) received an anonymous email which stated that the Indian team in West Indies is under imminent threat of a terror attack. The PCB immediately forwarded the email to the ICC. The BCCI too received a copy of the said email within 24 hours.

The BCCI later went to contact the Indian Embassy in Antigua, the place where the first Test match is going to be held, on Saturday. They then contacted the Director-General of Police in Maharashtra, Subodh Jaiswal, and co-ordinated with him regarding the email.

The BCCI had confirmed the receipt of the email to Times of India and said that it consisted of a threat to ‘kill Indian cricketers’.

However, the email turned out to be a hoax as the BCCI stated that there is no threat to the Indian cricket team. But, for safety reasons, the security of the Indian team may be beefed up.

BCCI CEO, Rahul Johri, told Times of India on Sunday that, “We have briefed the home ministry and shared the email. The embassy in Antigua has also been contacted and briefed. The Mumbai police has also been informed and the security of the Indian team in the West Indies has been beefed up,"

The Indian team has won the T20I series as well as the ODI series by outperforming the West Indies in each and every department. They’ll be looking forward to the Test series so that they could add another series win to their kitty.