The BCCI ACU on Monday revealed that multiple players have reported about corrupt approaches. 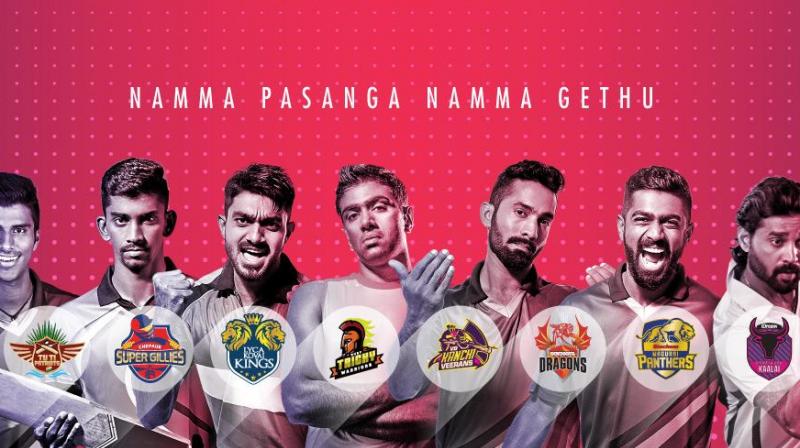 Meanwhile, Balaji Maradappa, who has been part of the TNPL governing council and is now involved with a franchise as manager, said having seen things from both sides he had a feeling that there was no malpractice. (Photo: TNPL/Twitter)

Chennai: The Tamil Nadu Premier League (TNPL) which has already gained notoriety after multiple players reporting corrupt approaches to Anti-Corruption Unit (ACU) has prompted some of the stakeholders to demand better revenue sharing model as well as upgrade in quality of officials appointed for the tournament.

The BCCI ACU on Monday revealed that multiple players have reported about corrupt approaches and now questions are being raised whether VB Chandrasekhar's suicide is linked to the alleged corrupt practices in the league.

While TNPL has formed a committee that will probe the issue, some of the owners, who refused to be named have spoken about need for a better commercially viable model.

There is one franchise among bottom three which has gained bad name for dubious team selections every year.

A team owner on conditions of anonymity told PTI, "TNCA should come up with a better revenue sharing method so that the franchises do not suffer by way of losses. Only those with proper financial background should be allowed to own teams in the league."

Meanwhile, Balaji Maradappa, who has been part of the TNPL governing council and is now involved with a franchise as manager, said having seen things from both sides he had a feeling that there was no malpractice.

"I have seen things from both sides -as TNPL governing council member and a team official-. I can tell you that every step is being taken to keep things clean. I don't know from where these kind of allegations have cropped up," he added.

"At the TNPL governing council, we took all steps to keep things under control and clean and I have seen as a team official that the team(s) are also doing the same. Also, with some much awareness and BCCI intergity officials giving instructions and being around nothing can happen. Also, the kids (players) are aware of things and bring it to our notice if any unwanted messages come in," Balaji claimed. Another team owner demanded stern action if anyone is found guilty.

"It is sad that match-fixing allegations have cropped up. Such things will damage the TNPL's image to a great extent. Strict action should be taken against anyone found to be involved in such things," he said.

He added that in its bid to stop murky dealings, the TNCA should hold the league only in bigger towns.

"To stop these murky things, the TNPL matches should be conducted only in bigger towns and only where there are franchises," he added.

He also spoke about the quality of the umpiring in TNPL, which he said was below-par and was an issue of concern.

"I have complained several times to the authorities about the umpiring but nothing has changed. In an effort to clean up things, the BCCI should ensure that their top 20-30 umpires are sent to officiate in leagues like TNPL," he added.