So good was his performance in the Ashes 2019, that, the only time he couldn’t score at least a half-century was in his last innings. 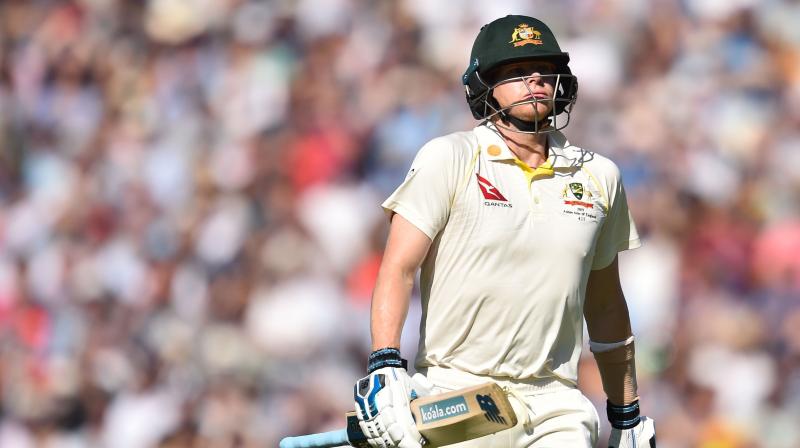 Steve Smith’s innings of 23 runs was abruptly cut short by a beautiful Stuart Broad delivery, on the fourth day of the fifth Ashes Test. (Photo: AFP)

Mumbai: Steve Smith was phenomenal touch throughout the 2019 Ashes. Although the series ended in a 2-2 draw, Smith produced probably one of the greatest performances in red-ball cricket. So good was his performance, that, the only time he couldn’t score at least a half-century was in his last innings. Smith’s innings of 23 runs was abruptly cut short by a beautiful Stuart Broad delivery, on the fourth day of the fifth Ashes Test.

Steve Smith’s tally of 774 runs in just seven innings is a feat of wonder. With this score, Smith has equalled Sunil Gavaskar’s 49-year-old record of scoring 774 runs in a single series. Just like Smith, Gavaskar had scored 774 runs in 1970-71 Test series against the unstoppable West Indian team of that time. He had scored four centuries and three half-centuries in four matches and seven innings.

Don Bradman leads in the list of most runs scored in a single series when he blasted 974 runs against England in Ashes 1930. Compared to others in this list, Steve Smith’s 774 runs come in at the 14th place.