The International Cricket Council (ICC) announced an increase of $2.6 million in prize money for the women’s tournament on Monday. 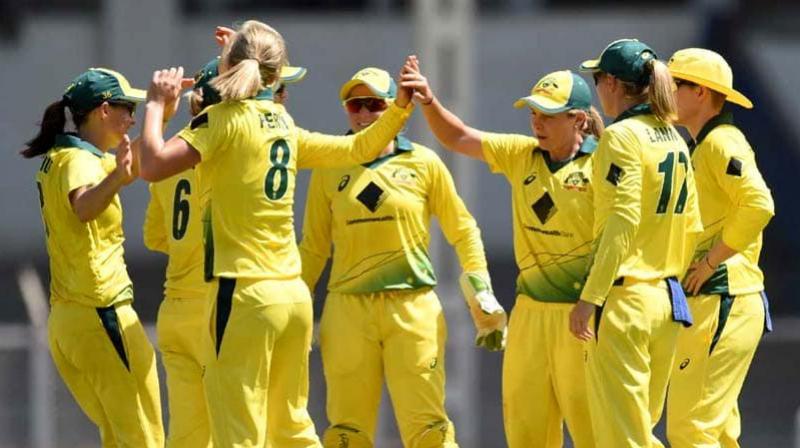 Cricket Australia (CA) has said it will ensure that the Australia women’s cricket team earn the same prize money as men’s squads at the Twenty20 World Cup. (Photo: Twitter)

Cricket Australia (CA) has said it will ensure its women’s team earn the same prize money as men’s squads at the Twenty20 World Cup by topping up the winnings paid out by the sport’s world governing body.

The International Cricket Council (ICC) announced an increase of $2.6 million in prize money for the women’s tournament on Monday, with the winners and runners-up at the event in Australia set to receive $1 million and $500,000.

With the West Indies earning $1.6 million from winning the last men’s T20 title in 2016, CA would fork out an additional$600,000 to make up the shortfall if Australia’s women defend their title next year.

“We want to continue our commitment to equality by ensuring that any prize money earned by the Australian women’s team in the T20 World Cup is the same as what is on offer in the men’s side of the tournament,” CA CEO Kevin Roberts said in a statement.

“This will include matching the prize money for the final, semi-finals, or group stage.”

CA gave contracted women the same base hourly pay rate as men in the five-year collective bargaining agreement struck in 2017, which gave elite female cricketers a seven-fold increase in payments.

However, women play far less cricket than the men and Roberts said there was still work to be done before both the men’s and women’s teams achieved pay parity.

“I commend the ICC’s commitment and while there is no doubt we are starting to see financial progress for our talented cricketers, we still have a way to go and CA will continue to play a role in driving equality for our athletes,” he added.