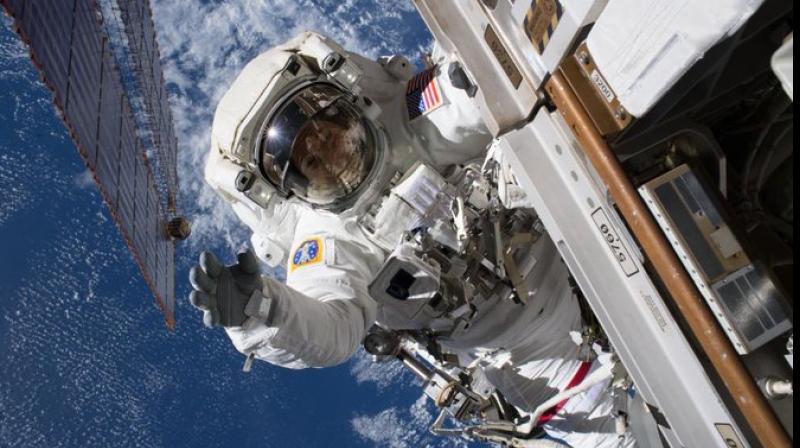 NewYork: Researchers have found that the salad crop, red romaine lettuce, grown on board the International Space Station (ISS), is as nutritious as counterparts grown on the earth an advance that may help astronauts grow safe, fresh food during space missions.

According to the study, published in the journal frontiers in plant science, the space-grown lettuce is free of disease causing microbes and safe to eat, and is at least as nutritious as the earth-grown plants.

The researchers, including Christina Khodadad from NASA's Kennedy Space Center in the US, said that the lettuce is nutritious despite being grown under lower gravity and more intense radiation than on the earth.

Khodadad and her team believe that growing crops on board may be especially useful on long-distance space missions such as the upcoming Artemis-III missions, scheduled to land humans on the lunar South pole by 2024, and NASA's first crewed mission to Mars, planned for the late 2020s.

The study noted that between 2014 and 2016, lettuce was grown on board the ISS from surface-sterilised seeds within Vegetable production systems, nicknamed “Veggie” growth chambers equipped with LED lighting and a watering system, specifically designed to grow crops in space.

The lettuce grown in the Veggie units is safe to eat, opening the door for experiments with other nutritious and tasty crops onboard the space station that may help astronauts journey further into space.

Gioia Massa, a project scientist at the Kennedy space center said that, future tests will study other types of leafy crops as well as small fruits like pepper and tomatoes, to help provide supplemental fresh produce for the astronaut diet.