Light brighter than the sun to virtually decipher ancient scrolls

The items were examined at the Diamond Light Source facility in Oxfordshire, home to Britain’s synchrotron. 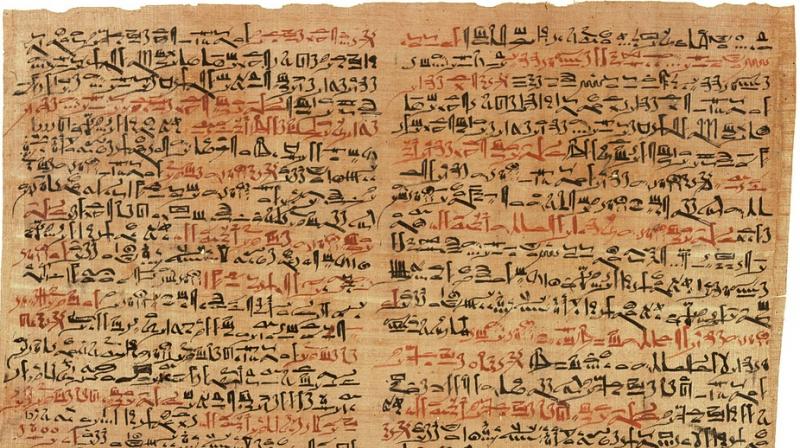 By scanning the fragments where characters are visible, they hope to create a machine-learning algorithm that will decipher what is written on the scrolls. (Representational photo: Pixabay)

Scientists at Britain’s national synchrotron facility have harnessed powerful light beams to virtually unwrap and decipher fragile scrolls dating back some 2,000 years in a process they hope will provide new insights into the ancient world.

The two complete scrolls and four fragments - from the so-called Herculaneum library, the only one surviving from antiquity - were buried and carbonized by the deadly eruption of Mount Vesuvius in 79 AD and are too fragile to be opened.

The items were examined at the Diamond Light Source facility in Oxfordshire, home to Britain’s synchrotron, a particle accelerator in which beams travel around a closed-loop path to produce light many times brighter than the sun.

“The idea is essentially like a CT scanner where you would take an image of a person, a three-dimensional image of a person and you can slice through it to see the different organs,” said Laurent Chapon, physical science director of Diamond Light Source.

“We... shine very intense light through (the scroll) and then detect on the other side a number of two-dimensional images. From that we reconstruct a three-dimensional volume of the object... to actually read the text in a non-destructive manner,” Chapon said.

The ink on the scrolls is difficult to see, even through a synchrotron, because it is carbon-based like the papyrus it is written on. But scientists hope the density of the paper will be different where written characters are present.

By scanning the fragments where characters are visible, they hope to create a machine-learning algorithm that will decipher what is written on the scrolls.

The data generated by the process will be analyzed by scientists at Kentucky University in the United States using advanced computing techniques to decipher the scrolls’ contents.

“The library at Herculaneum was the only library that survived from antiquity and because of that the material inside is extremely valuable,” said Brent Seales, professor of computer science at Kentucky University.

“Texts from the ancient world are rare and precious, and they simply cannot be revealed through any other known process.”