Now green shoots of democratic impulses in Africa are emerging in Ghana, Ethiopia, Liberia and Egypt. 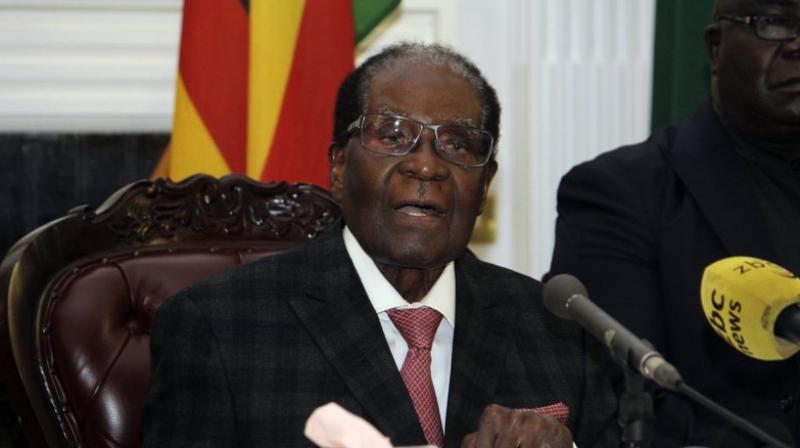 As the inevitable fate dawns on the 93-year-old Robert Mugabe in Zimbabwe, yet another African despot succumbs to the vicissitudes of time and misrule. Besides Mr Mugabe, the rogue’s gallery of infamous African strongmen includes Mobutu Sese Seko of Congo, Yahya Jammeh of Gambia, Omar Al-Bashir of Sudan and José Eduardo dos Santos of Angola. Most of these African strongmen were either those who emerged from the successful “bush wars” against the former colonists (e.g. Mr Mugabe’s ZANU-PF was the militant organisation that fought the white colonists in “Rhodesia”, which later became Zimbabwe) or the totalitarian dictators who took charge after successful coup d’états (e.g. Uganda’s brutal dictator Idi Amin Dada deposed Milton Obote in a military coup). The common narrative across the regimes of these African strongmen has been marked by blatant human right violations, suppression of civil rights and the Opposition, economic plundering, personal aggrandisement and unashamed attempts to perpetuate their regime.

While Mr Mugabe’s marathon run of misrule in Zimbabwe lasted 37 years, his neighbour in Angola, Mr Santos, outran him by a few months. The ignominy of the longest-serving presidentship goes to Teodoro Obiang Nguema Mbasogo of Equatorial Guinea, who has been in the chair since 1979 (Paul Biya of Cameroon had been a Prime Minister between 1975 and 1982, and a President only thereafter). The drama in Harare in the last few weeks showed the nonagenarian’s survival instincts as he tried in vain to hoodwink the irate masses, once-loyal ZANU-PF cadres and simultaneously placate the uprising Zimbabwean military with a reconciliatory tone by stating that the Zimbabwean military commanders were motivated by “a deep patriotic concern for the stability of the nation” and “did not amount to a threat to our well-cherished constitutional order”. However, the lavish lifestyle of Mr Mugabe and his profligate wife Grace Mugabe (who is better known by sobriquets like “DisGrace” and “Gucci Grace”) was finally pushed out after the nation went through an unprecedented economic crisis with incalculable inflationary trends (hyperinflation in Zimbabwe was estimated at 79.6 billion per cent in 2008, thereafter Zimbabwe stopped printing its own currency and switched completely to US dollars in 2015).

The transformation of Zimbabwe from the “breadbasket of Africa to a basket case” will be a lasting legacy of Mr Mugabe, who inherited a country that was abundant in mineral resources like platinum, gold, diamonds and nickel, besides nature’s bounty in having the most fertile soil, abundant wildlife and the Victoria Falls for tourism and a relatively educated populace, in 1980.

Today, in Zimbabwe, with a 80 per cent literacy rate that is among the highest in sub-Saharan Africa, ironically, the unemployment is also the highest in sub-Saharan Africa (it was ranked the world’s highest at 95 per cent in 2009). The desperate quest to remain in power at the cost of economic prudence was accelerated by resorting to populist moves like seizing the farms owned by “whites” that were the Zimbabwean economy’s backbone, scaring off the donors and investors with his erratic policies and disastrously committing Zimbabwean military resources in the civil wars of neighbouring Mozambique and Congo. The man who inherited the most diversified economy in Africa is singularly responsible for wrecking its economic, political and moral fundamentals. A trajectory and fate that mirrors that of the other co-strongmen in Africa in 2017 — Mr Jammeh in Gambia who was similarly booted out after 23 years of suppression and the plundering regime of Mr Santos in Angola. Earlier still, the bloody “Arab Spring” had accounted for the militaristic strongmen of North Africa — Zine El Abidine Ben Ali in Tunisia after 23 years, the overthrow of Hosni Mubarak in Egypt after 30 years and the gruesome end to Muammar Gaddafi in Libya after an unprecedented 42 years of iron-fisted rule and terror!

The combination of regressive tribal and religious loyalties, ideological propaganda, sharing the ill-gotten spoils with the unprofessional military-men/mercenaries/militias and the cavalier posturing against the Western powers ensured that the wily strongmen of Africa could sustain their regimes by crushing the voice of dissent. Even Western powers sustained these autocrats for their own ends and it was common to see these African strongmen getting feted at the White House and several European capitals.

Mr Mugabe was bizarrely made a Knight Grand Cross in the civil division of “the Most Honourable Order of Bath” by Queen Elizabeth in 1994 — and even the subsequent withdrawal of the knighthood, coinciding with the white-farm seizing by Mr Mugabe, only strengthened his populist claims that “Africa was under siege of Britain — the former colonial power”! Sometime later, the situation became untenable even for Mr Mugabe, the man who had earlier outwitted and bludgeoned the Opposition into silence, as his own party colleagues started deserting, military men dropped their “commander-in-chief” and even his Cabinet colleagues started loud whispers of the ensuing “bedroom coup” that aimed at passing his legacy to his ill-reputed wife. Mr Mugabe had forced himself and his country into a rotten borough.

Now green shoots of democratic impulses in Africa are emerging in Ghana, Ethiopia, Liberia and Egypt. The lack of popularity of these unelected strongmen have compelled Field Marshal Abdel Fattah el-Sisi in Egypt to say: “It doesn’t suit me as a President to stay one more day against the will of Egyptians. This is not talk for TV, those are principles I embrace and I am keen on.” As per African Development Bank data, there were 99 coup attempts between 1970 and 1989 in sub-Saharan Africa and in the period between 1990 and 2010 the number was 67. The young, fearless, hopeful and educated youth of Africa are waking up to the reality of the obvious opportunities that are intrinsically embedded in the African countries, and more importantly, the vagaries of accepting the African strongmen and their retrograde agendas. The long march towards democracy, prosperity and equality in Africa will surely rile against the phenomenon of these obstinate African strongmen.