Food sovereignty is need of the hour

Two decades of corporate driven globalisation has destroyed the biodiversity and cultural diversity of our indigenous food systems. 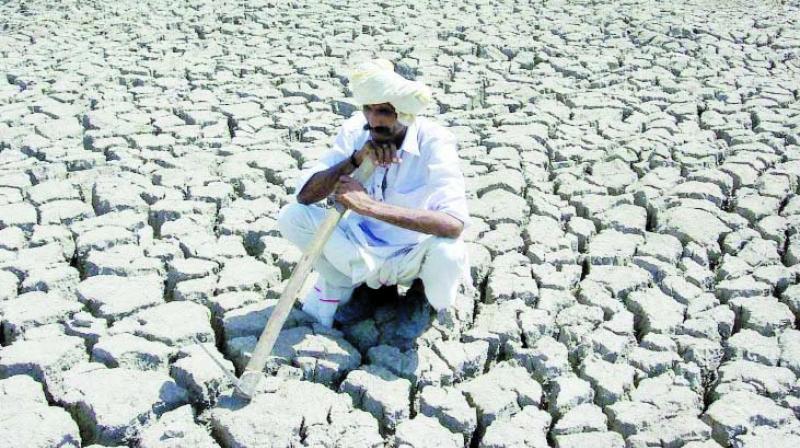 But there is another transition at work. From the toxic rule of corporations that is killing the Earth, small farmers and people to the emergence of new paradigms and practices based on care for the Earth, the last species, the last child.

The last three decades of my work have been shaped by creating democratic and just alternatives to unfair and undemocratic rules of GATT/WTO, which were written by the corporations, for creating monopolies over our seed and food.

Every rule of WTO that affects our daily bread was written by the Poison Cartel including Monsanto, the Merchants of Grain led by Cargill, and the junk food industry led by Pepsi, Coca Cola and Nestle.

James Enyart admitted that Monsanto and pharmaceutical giants wrote the Trade Related Intellectual property rights (TRIPS) agreement to create monopolies on seeds and medicines. The lead US negotiator at the start of the Uruguay Round who shaped what became the WTO Agreement on Agriculture, was Dan Amstutz a former vice-president of agribusiness giant Cargill.

The Sanitary and Phytosanitary (SPS) agreement was drafted by the global food processing industry to displace sovereign food safety laws, criminalise local food systems and impose junk food on the people of the world through pseudo safety laws.

I started Navdanya, and Bija Swaraj, the seed freedom movement in 1987 when I first heard of GATT and patents on seed. After the Dunkel Draft of the GATT was leaked in 1991, I travelled the length and breadth of India to inform farmers about TRIPS and the Agriculture Agreement. We organised rallies in Hospet in Bengaluru, in Delhi to say “No” to the Agreement on Agriculture. The language of food sovereignty, Anna Swaraj, emerged as a response to WTO — that farmers, communities, societies, countries have the right and the duty to grow good food in ecological ways for health and well being for all. This was the message we took to Seattle.

At the Buenos Aires Ministerial MC, 11 northern countries tried to “pink wash” WTO to try and present corporate rule as women’s liberation. As in Seattle, we, as Diverse Women for Diversity, continue to say “the so-called “free-market” system is indeed a global war system, based on violence against nature, humanity, especially women and children.”

The Seattle Ministerial failed because of people’s power. Cancun failed. Hong Kong failed. And now the Buenos Aires Ministerial has failed. But corporations find new undemocratic ways to impose and spread their empire.

Two decades of corporate driven globalisation has destroyed the biodiversity and cultural diversity of our indigenous food systems, the health of people and the planet. More than 300,000 farmers have committed suicide since 1995. Most suicides are in the cotton area, and most debt is for illegal royalty collection because Article 3J of the Indian Patent Act does not allow patents of seed. We have witnessed the illegal spread and failure of GMOs like BT Cotton. In 1998, the same year when BT cotton was illegally introduced by Monsanto, Cargill and Co assaulted our healthy edible oil economy, manipulating a ban on desi oils like mustard to flood the Indian market with unhealthy GMO soya oil and palm oil. As many as five lakh kacchi ghanis were shut. We organised a “sarson satyagraha” to protect our indigenous oilseeds and edible oil economy.

A few years ago, a fake “yellow pea” dal started to get imported from Canada displacing our diverse dals, which we call the “The Pulse of Life”. The fake dal is only seven per cent protein compared to our chana and tur with 25-35 per cent protein. These unnecessary imports imposed by corporate cartels are a theft of our farmers’ livelihood and our nutrition. The CAG had assessed a Rs. 1,200 crore fraud in the yellow pea dal import when UPA imported two million tons. The NDA government is importing six million tons. The scam has to be bigger. Corporate imperialism goes hand-in-hand with government corruption. And people, especially the poor, pay the price with their very lives. Every fourth Indian is hungry, every second Indian child is malnourished, and India now is at 100th rank on the Global Hunger Index. The spread of junk food has led to an epidemic of non-communicable chronic diseases. Corporate imperialism cannot coexist with the “rights of mother earth” and human rights.

India’s National Food Security Act is an important law that is supposed to guarantee the Right to Food to the last Indian citizen. No democratic society and no democratically elected government should allow its citizens to go hungry. Food security and food sovereignty requires that the government procure food grains from farmers at fair prices based on just MSP, to provide food to the poor.

Farmers’ rights to fair prices are thus structural to the Food Security Act. The US has challenged India’s public stockholding for food security in the WTO. They want to force the Indian government to import toxic degraded GMO corn, soya, rice and wheat, sprayed with Monsanto’s Carcinogenic Round Up, traded by Cargill, for our PDS. Cash transfers replacing public procurement will achieve what corporations are seeking. The agrarian crisis will deepen. More farmers will commit suicide. More children will die of hunger.

The ecological crisis, the agrarian crisis, the food crisis, the health and nutrition crisis, the crisis of democracy and sovereignty are not separate crisis. They are one. And they are connected through food. As the Taitreya Upanishad tells us “everything is food”.

The web of life is a food web. When it is ruptured by chemicals and poisons that come from war, and rules of “free trade” that is a war declared by corporations against the earth and humanity, biodiversity is wiped out, farmers are killed through debt, and people die either because of hunger or because of cancer, diabetes, heart problems, hypertension and other environment and food related chronic diseases.

Everyone is paying a very high price for corporate greed and dictatorship and collusion of corporate states to spread the toxic empire of corporations in the name of “reforms”. These corporate driven reforms have of course “transformed” India but in a destructive way. A 10,000-year-old agroecology tradition of growing and giving good food as the highest dharma is being destroyed by an industrial globalised agricultural model which came from the war and has unleashed a war against the earth, our farmers and our bodies. In this war waged by the corporate empire, our small farmers, our annadatas, are on the frontline in defending our national security and food sovereignty.

It is time to make a transition from corporate imperialism that is killing us, our farmers and life on earth, to earth democracy that sustains life. We need to “reform” the WTO rules of corporate globalisation. We need to “transform” our food and agriculture system through a Jaivik Kranti — a revolution for life — to stop farmers’ suicides, hunger, malnutrition and disease.

Let 2018 be a year when we sow the seeds of our food sovereignty through swadeshi bija and swadeshi bhoj.