As per Hindu mythology, there is a story of a brahmin and romal rishi (a seer). 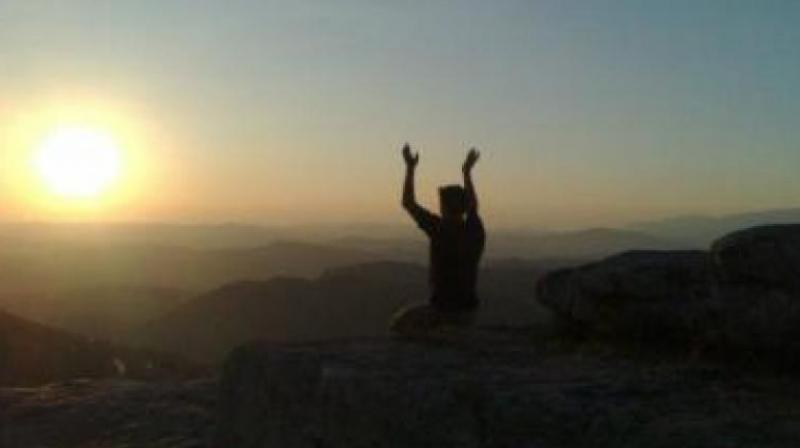 Continue to perform good and pious deeds, even in the most adverse conditions, with a feeling that those painful karmas from destiny are getting exhausted.

A feeling of equanimity (neutrality, equilibrium) in situations of loss and profit, favourable and unfavourable, victory and defeat, birth and death leads to salvation.

Favourable and unfavourable situations are the result of our previous birth karmas and hence should be borne with equanimity. When they are borne with equanimity, then those karmas get extinguished from our lives but when we react negatively or fascinatingly or with excessive attachment and fondness, then new karmas spring up. These new karmas again become the cause for our rebirth.

As per Hindu mythology, there is a story of a brahmin and romal rishi (a seer). The brahmin was a pious person and devoted to God. One day, due to some action of the brahmin, the rishi got angry and he cursed the brahmin that he will be born as a crow in his next birth (a crow is considered to be the lowest of all species).

The brahmin did not get perturbed nor reacted negatively to this curse and continued to be respectful to the seer. Realising his mistake, the romal rishi blessed the Brahmin, saying that, even as a crow you will serve Lord Ram in the next birth and would become one of his favourite devotees and get liberated too. This brahmin, who took birth as a crow, was very respectfully known as “Kakabhushundi” during Lord Ram’s era.

There are a couple of lessons which could be learned from this story: To not react negatively in adverse and unfavourable conditions such as when one is getting scolded, being criticised, being blamed for no fault, adverse remarks, being pointed out for mistakes, when cheated, betrayed, etc. Instead, learn to accept them as part and parcel of destiny (the result of previous birth karmas).

Continue to perform good and pious deeds, even in the most adverse conditions, with a feeling that those painful karmas from destiny are getting exhausted

Eventually, you will get blessed by the Lord by staying neutral and having a feeling of equanimity because equanimity is the virtue of God, it is His nature and by adopting that virtue we attract His grace.