Seshan’s stint at the environment ministry from 1985 to 1988, especially needs mention. 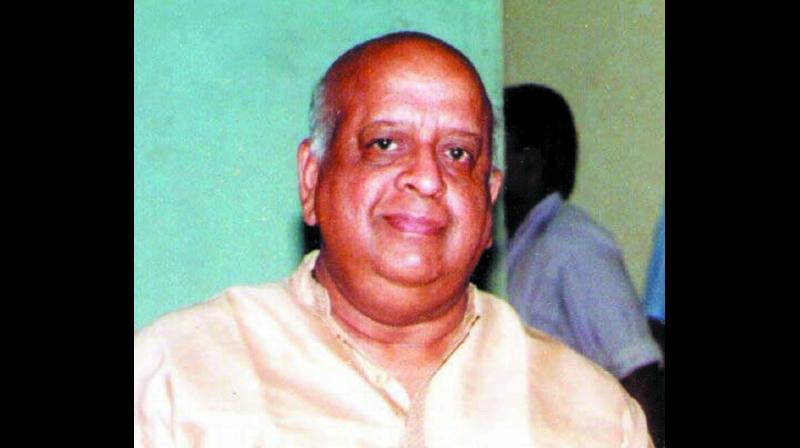 Most people remember T.N. Seshan as a larger-than-life figure who turned the Election Commission into a mighty institution that politicians feared and the common people admired, even if his messianic zeal sometimes blurred the boundary between the power of the bureaucracy and the State. His six-year stint (from 1990-96) as Chief Election Commissioner (CEC) firmly established the man in the public imagination as the “saviour” of India’s democracy. After all, he was the one who cornered netas and did the most to clean up India’s notoriously corrupt election process, partly by the sheer force of his pugnacious persona and partly by throwing the rule book at those who tried to game the system.

Not surprisingly, therefore, the numerous tributes that have poured in after his death overwhelmingly recall his days as the Chief Election Commissioner, eclipsing his equally stellar record as an IAS officer who rose to become Cabinet secretary in the Rajiv Gandhi sarkar. At the Centre, before becoming CEC, Seshan held several prestigious positions, including environment and forests secretary, secretary (security), defence secretary and Cabinet secretary. But when Rajiv Gandhi lost power in 1989, Seshan was removed as Cabinet secretary and “adjusted” in the erstwhile Planning Commission as member.

Seshan’s stint at the environment ministry from 1985 to 1988, especially needs mention. Today, when environmental concerns are at the vanguard of public consciousness and state policymaking, in the 1990s, few in the government gave it any importance. Seshan was perhaps among the first among the babus to push for environmental reforms as well, even as everyone else was enthusing about the economic reforms that had been initiated. He was the “green babu” who understood environmental issues long before terms like “AQI”, “climate change” and “water harvesting” became commonplace. Today, when New Delhi and other major metros in the country are choking on air pollution, we should remind ourselves that it was Seshan who first strongly advocated reducing emissions from two-stroke engines. It may also surprise some that Seshan was firmly in the camp of those opposed to big dams. Though he could not carry the government with the view, his resistance to the Tehri Dam and the Sardar Sarovar Dam on the Narmada is well documented.

These examples reveal Seshan as a babu of conviction, which makes him an oddity in the babu corridors. Of course, this trait led him to be labelled as authoritarian and difficult to deal with. He was quick to fly into a rage, a characteristic that made him as many enemies as admirers, but there are many of his peers who vouch that he had a softer side too. Yet it was also his authoritarian style and his strong conviction about right and wrong that enabled him to turn the Central Election Commission, then considered the backwaters of the bureaucracy, into a truly independent and dynamic institution. In this sense, every election commissioner who has come since then has a daunting legacy to uphold. In a bureaucracy known for servility to its political masters, Seshan was the babu who roared.