The BJP-Sena falling out is no bolt from the blue

Thiruvannathapuram S Ramakrishnan
The writer is a public policy analyst.

The BJP had started growing organisationally and it was unable to accept this fact. 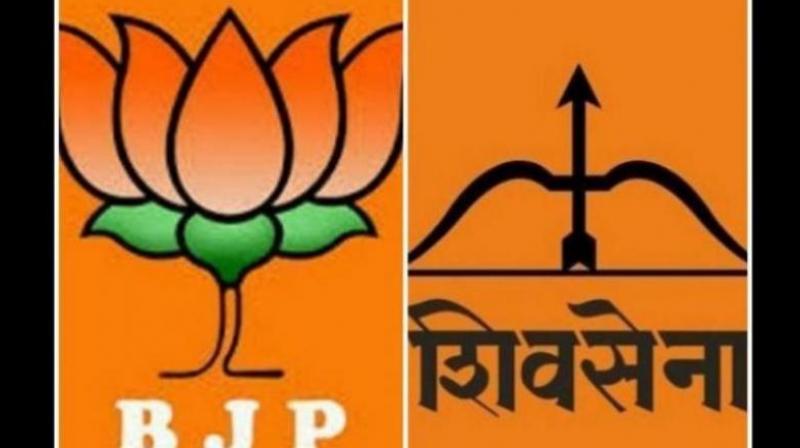 The BJP went for an alliance with the Sena in the 2019 Maharashtra Assembly elections, liberally giving it 124 seats.

For those who have been observing the growth of the BJP and the decline of the Shiv Sena in the last decade, there cannot be an iota of surprise in the recent decision of the Sena — a hardcore Hindutva party — to abandon its pre-poll alliance partner, BJP, and join hands with the Congress and the NCP to form the new Maharashtra government.

There is no denying that the Sena is the earliest alliance partner of BJP and, hence, as core constituent of the NDA of the L.K. Advani and Atal Behari Vajpayee era, once enjoyed “Big Brother” status within the NDA in Maharashtra. That was until 2009.

Cracks began to appear in the alliance after the 2009 Maharashtra Assembly elections, in which the BJP won 46 out of the 119 seats it contested against the Sena’s 45 seats out of 160. The Sena thus had to cede the main Opposition party status to the BJP. It also realised that sooner or later, it may have to give up its “Big Brother” status as well. The BJP had started growing organisationally and it was unable to accept this fact.

Despite the Sena’s frustration, the alliance continued in the 2014 general election. The “Big Brother” issue is, after all, insignificant in the general election. Thanks to the popularity of Prime Minister Narendra Modi and the organisational strength of the BJP, the party won 22 out of the 24 parliamentary seats it contested in Maharashtra, and the Sena won 18 out of the 20 it contested (41 seats out of 48 seats for NDA with 50.2 per cent voteshare).

The Shiv Sena joined the NDA government headed by Mr Modi and on the lines of the 2009 Assembly election seat-sharing, it demanded “Big Brother” status in the ensuing 2014 state polls. But with power equations having changed, their alliance was to break down. However, as the alliance between the NCP and the Congress also broke, all four parties contested independently. The BJP won 122 seats (it contested in 230 seats) with a 27.81 per cent voteshare, the Sena won 63 seats (282) with a 19.35 percent voteshare, the Congress won 42 seats (287) with a 17.95 per cent voteshare and the NCP won 41 seats (278) with a 17.24 per cent voteshare. Although the BJP did not win a simple majority, it established itself as a dominant party. The deep distress of the Sena was evident in that it did not initially join the government formed by Devendra Fadnavis. Mr Fadnavis sailed through the confidence motion with the walkout of the NCP. The Sena joined the Fadnavis government a little later, but the bitter war it waged against the BJP at both Central and state levels continued unabated.

No other party including from the Opposition ever attacked the BJP since 2014 as much as the Sena has. The discontent of the Sena had reached such a level that it passed a resolution much before the 2019 general election that it won't ally with the BJP. Despite being part of the NDA g0vernment, the Sena walked out of Parliament when a no-confidence motion was brought against the Modi government during its first tenure. The BJP temporarily pacified the Sena by giving it three additional seats in the 2019 general elections, and with no viable option available before it, the Sena also remained in the NDA. Despite the bitterness between the two parties, overt and covert, the alliance romped home with one additional seat and one per cent extra voteshare, thanks to the increased popularity of Mr Modi and the organisational machinery of the BJP.

It appears that the BJP leadership thought that with the resounding victory of the BJP and the NDA in the 2019 general election, the Sena would remain docile and subdued in future. But since 2014 it had given enough signals to the BJP.

The BJP went for an alliance with the Sena in the 2019 Maharashtra Assembly elections, liberally giving it 124 seats. Had the BJP leadership learnt at all from the great economist and strategist, it would have given only a third of the total seats to it, keeping two-thirds to itself. That is more logical too, as the BJP won almost twice the number of seats the Shiv Sena did in 2014, when each had contested alone. If the Sena was adamant, the BJP should have faced the electorate independently, on the strength of the performance of the Fadnavis government. In either of these two cases, it would have improved its tally, possibly even scraped through with a simple majority. Even after knowing the poor strike rate of the Sena in the hustings since long, the BJP gave more seats to it than it deserved and paid the price. There is no point in complaining now that its own victory strike rate is 69 per cent, while the Sena's strike rate is only 45 per cent.

On the Shiv Sena’s part, its resentment over the growth of the BJP in Maharashtra was not without reason. The Sena has been playing Marathi identity politics as well as Hindutva politics, and the means it had adopted to achieve its goals have often been people-unfriendly, even objectionable — bringing Mumbai city to a standstill at the drop of a hat, giving out “ultimatums” to Pakistan, making Bollywood submit before the Sena chief, damaging the cricket pitch to stop a match between India and Pakistan and beating youth coming from other states. The Maharashtra Navanirman Sena and its chief Raj Thackeray had made themselves unpopular to the point of becoming a political nonentity by adopting these means. By virtue of actions such as surgical strikes on the terror launchpads of Pakistan, removing the special status of Kashmir, paving the way for the construction of Ram temple through judicial process, passing the Citizenship (Amendment) Bill and moving towards a uniform civil code, the BJP had actually brought to fruition the Sena agenda. How could the Sena then continue to exist in politics, as the space is no longer available? Some sections of the media and political punditry have been projecting this as the onslaught of the BJP on the Sena. But, the fact is that when two parties have a common ideology, voters move to the party that actually implements that ideology. Moreover, with people from different states living in other states in large numbers for pursuing economic activities, a party like the BJP that accommodates people from different regions gets an upper hand in the hustings.

Amidst this dilemma, there were only two options left for the Sena after 2019 Assembly elections. The first was to stay in alliance with BJP and gradually disappear from the political landscape of Maharashtra in a decade or so. The second was to snap ties with the BJP and join hands with the Congress and the NCP to form government with Uddhav Thackeray, even if it meant only for a short tenure — and become a nonentity sooner like MNS. For many politicians, occupying the chair of the CM or the PM even for a very short time is much more fulfilling than being relevant in the long run. Those who have been observing the Sena since 2014 expected that it would choose the second option. The “Chanakyas” of the BJP, however, did not and thereby lost control over Maharashtra politics.