Obituaries are reserved for those who deserve only a little fame and I am sure I won’t be able to judge the truth or otherwise of any of them. 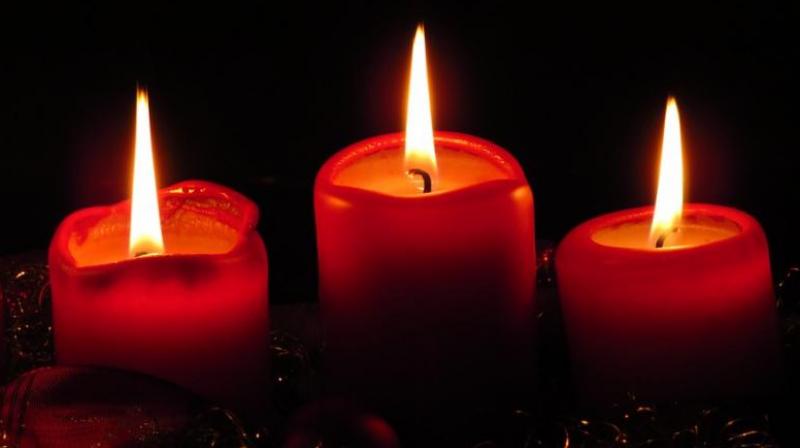 “God didn’t want us having sex
He called it forbidden fruit -
So did Tyrannosaurus Rex
Subsist on grass and root?

Creatures roamed the earth before
That apple tempted Adam
And many a lusty dinosaur
Spotted his mates and had ‘em.”
— From Nagobala Dude by Bachchoo

I have never been invited to write an obituary, though I have written about the death of friends and relatives. To write meaningfully about another’s life is daunting if not impossible. Very few biographies can be truthful, insightful and very few last. Yes, Jesus and Buddha had their biographers and so, deservedly, did Shakespeare though less is known about his life than the other two.

The columnist Charles Moore reveals in his weekly pious, right-wing offering that he has come across the internal editorial instructions that the Times (UK) hands out to people writing its obituaries. “It invites obituarists to ask unusual questions about the dead: “Were they cold-hearted bastards in the work-place? Did they enjoy baiting their neighbours’ dog and did they teach their grandchildren to smoke….”

The editorial tips go on to urge obituarists to treat the subjects as fictional characters and to hint at the opposite of what’s written — “His wife was definitely not once a high-class prostitute.”

I shall go against the inclinations of a lifetime and turn tomorrow, as I have never once done, to the obituary pages of the Times. I suppose this approach of the Times contributes to gaiety of nations and can’t lead to libel suits as the law says you can’t libel the dead. Obituaries are reserved for those who deserve only a little fame and I am sure I won’t be able to judge the truth or otherwise of any of them.

That’s not so with writers whose work one has read, especially in my case if the writer is of Indian origin. When Nirad Chaudhuri died in 1999, the obituary in the Royal Society of Literature’s bulletin said:

“Nirad Chaudhuri was an old fool. He wrote one good and unexpected book, The Autobiography of an Unknown Indian, and then took to clowning. He pretended to interviewers that he was a great reader and scholar. But he wasn’t. Much of the reading he did was really a form of idleness. His subject was always himself; and when he appeared to speak or write with humour he wasn’t; he was always dead serious. Away from that subject of himself he nibbled, he flitted, and he had no means of making a whole of anything. He quoted to impress. It was hard to know what his moral centre was. When in his later books he touched important subjects, he babbled.”

I am certain that the writer of this obituary (and, gentle reader, you may have guessed from the tone who the writer is) had not been given the Times guide to writing them.

These thoughts about obituaries are occasioned by the fact that two of my friends have died in the last two weeks and I feel compelled to mark their passing and write this humble memorial to their achievements.

Naresh Sohal who died suddenly of a heart attack, was a self-taught Western classical musician. An Indian Punjabi, as his name testifies, he lived in Britain for a substantial chunk of his life and began to teach himself the ins and outs of classical music — starting from scratch and evening classes and getting eventually to orchestral arrangements of his own compositions for the BBC’s Promenade concerts.

Over the last few months we were working together on a stage musical — in the style of West Side Story and he had put the music to several of the lyrics I had written. There was still some way to go and perhaps five to ten more songs to write, but what he had produced so far was beautiful and set the tone and mood for each scene of the drama. Without wanting to sound like Nirad Chaudhuri in the quotes from his obituary above, I’d like to complete the commissioned work on the musical, either by asking another composer to write the remaining songs using Naresh’s harmonies and melodic tropes, or by pointedly finishing the play with the rest of the lyrics being recited with Naresh’s incidental music as background or played in darkness — with the audience being made conscious of why the singing has come to its end.

My other friend, Ratnakar Kini, passed his last few years in Herne Bay on the Eastern coast of England suffering from Parkinson’s disease. I first met him decades ago when I came from University in Cambridge to spend some of my holidays with Adil Jussawalla and other friends in London.

Kini, as we always called him, had a tiny bed-sitter in the same building in bed-sit land of central south-west London, as Adil’s tiny room and we would trek to the local pubs for half pints of beer (all we could afford) and talk poetry, literature and other pretentious stuff.

We were all writing then. Adil was an accomplished and published poet, Kini had published some poems in journals and I was straggling along, writing doggerel and calling it verse, published in a few University magazines (so no change there then - Ed.). We hung around the Poetry Society’s little auditorium in Earls Court and were even invited to read as a trio of Indian poets there.

We were subsequently billed to read here and there at venues in London and I have Kini’s recorded voice from a reading we did at a pub popularly called “The Dog.”

In his last years Kini set up a website called asiamajor.wordpress.com, saving the columns and writings of his acquaintances, friends and others to a tranche for posterity. He told me he had acquired and saved past copies of all the columns I had written and I told him I was very grateful because it was what I hadn’t done. What are friends for? To be missed and written about till…