In May this year, new domicile rules were devised to let some people from outside J&K to apply for permanent resident status 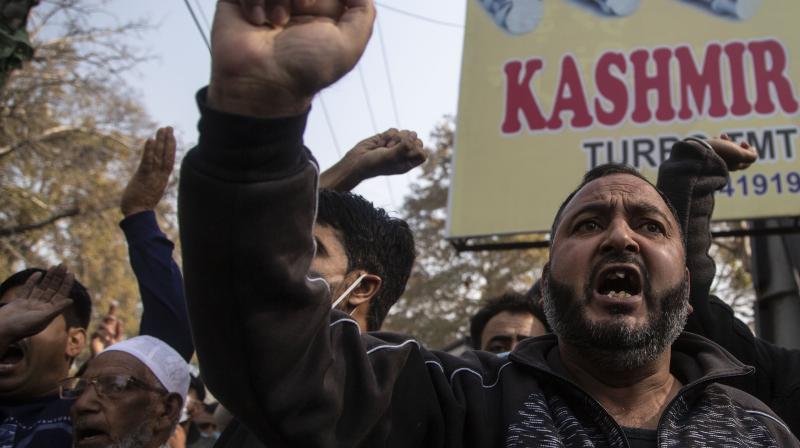 A recent Union home ministry order, which opens the door for any Indian to buy non-agricultural immoveable property in Jammu and Kashmir, deals a grievous blow to the aspirations — and to the psyche — of the people of Jammu, the Kashmir valley, and Ladakh, the three regions which until August 5, 2019 formed the state of J&K.

The legal status of this order shall remain dubious until the Supreme Court has dealt with the challenge before it to the law through which was whittled the constitutional autonomy of the erstwhile J&K state and whose long-term consequences for India appear far from happy. The long delay in the top court pronouncing on one of the most consequential matters brought before it in Independent India has occasioned considerable surprise.

Since constitutionally downgrading J&K, the Centre has taken a series of steps that have negatively impacted the lives of ordinary people in the UT and bred resentment. Among these are the hampering of the study of ordinary students by not permitting high-speed Internet, virtually killing journalism through the harsh treatment of media personnel, placing severe restrictions on the movement of people, banning protests, filling top positions in the UT administration by non-Kashmiri officers — to say nothing of putting thousands of non-BJP politicians in jail.

In addition, in the name of quelling terrorism (and instilling patriotism by fiat) there is the egregiousness of troop deployment on an extensive scale not seen even in the intense militancy-affected years of the late 1980s-the early 1990s. To place matters in perspective — all policy actions derive from executive orders alone, as in the colonial era, and there is the denial of election to the UT legislature.

The Centre gave itself the luxury to do all of these things while the Supreme Court has delayed beyond comprehension hearing the case of the reading down of Article 370 of the Constitution and the re-fashioning of an adjunct provision, the Article 35-A. It is the latter which had made ownership of immoveable property, government employment, and state scholarships, the exclusive preserve of permanent residents of the state.

In May this year, new domicile rules were devised to let some people from outside J&K to apply for permanent resident status. This has now been widened to let anyone at all own immoveable property. Such a situation does not obtain in other special category states such as Uttarakhand and Himachal Pradesh.

In 1950, the Sheikh Abdullah government had brought the Big Estates Abolition Act to permit the tillers of land of big zamindars beyond certain ceiling prescriptions to become owners, and it is this which had made the former state among the top performers on social and economic indices. Under the new land orders, this Act stands revoked, probably opening the door for corporate houses.

Jammu and Ladakh — like the Valley — have also reacted negatively to the new land rules though the Centre may have hoped for support from those quarters on religious grounds. The heart of the matter is the taking away of the former J&K’s autonomy, a condition laid down by Maharaja Hari Singh, and endorsed by Sheikh Abdullah, for joining India in 1947, rather than go with Pakistan.