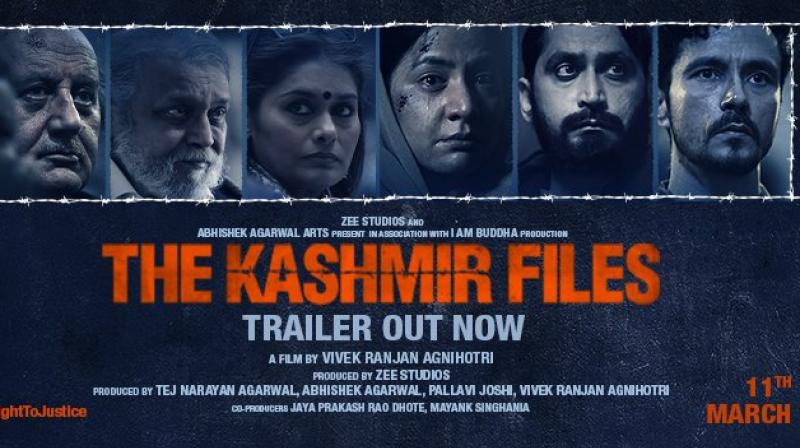 His low opinion of the film does not, however, take away anything from the enormity of what happened in the Valley. (Photo: Twitter)

An incendiary opinion about a film by a filmmaker who headed the jury at India’s international film festival appears to have set off a diplomatic row. There is rum irony in the government-sponsored event rebounding on it in this manner while the event rakes up the fundamental question of whether the right to state an opinion in public is absolute. Of course, the head of the jury was clearly in breach of etiquette when, as a guest, he went public about the film Kashmir Files, a divisive enough creative effort in the recount of events surrounding the fleeing of Kashmiri Pandits from the Valley.

The Israeli filmmaker, Nadav Lapid, has every right to his opinion about the film and there are free speech absolutists who would go to lengths to justify his being so open in stating his view. His low opinion of the film does not, however, take away anything from the enormity of what happened in the Valley when a particular section of people, numbering in thousands, were displaced in what  ranks as one of the saddest episodes in the history of independent India.

The creativity of filmmakers may see them take liberties with sensitive historical subjects and those who see films in any capacity are entitled to praise them or pan them. The point is this head of the jury seems to have abandoned any sense of fairness or responsibility in his critique of a particular film and its choice as an entry to the festival he was invited to judge. One wonders if he would have aired a similar opinion on any film on the Holocaust if he were to consider them propagandist, or even vulgar.

What happened in the wake of Lapid airing his views threw more light on the ideological divide that has in its thrall every facet of modern life, more so in India where anything and everything gets political. The trolls were vicious in their criticism of Lapid and official India seemed stung by the criticism though critiquing a work of art is virtually standard procedure in the creative world. In the end, it seemed there was too much ado about nothing but then to take offence has also become such an art form in today’s world.