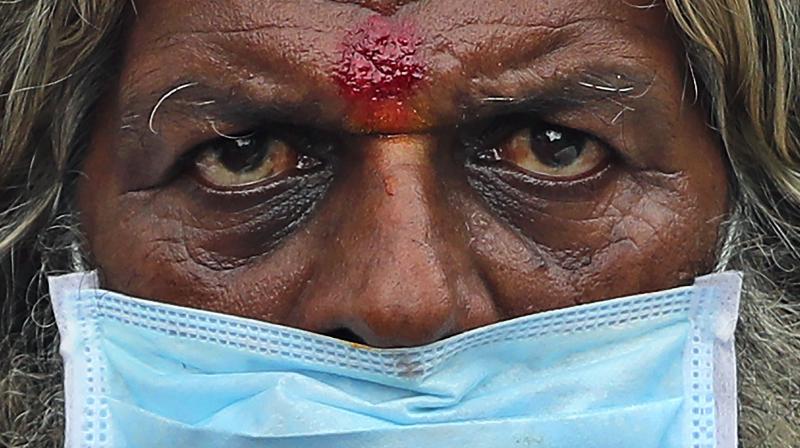 A farmer wearing a face mask listens to a speaker during an anti-government protest in Bengaluru. (AP)

The passing away of Union minister of state for railways Suresh Angadi of Covid-19 and the number of new cases touching almost one lakh a day appear to belie prime minister’s Narendra Modi’s assessment of the situation.

The proclivity of this government to pick and choose from data to paint a rosy picture reflects its dishonest approach to the pandemic from the very beginning. The government has been economical with information and truth on every front, starting with the prime minister’s statement that the virus would be defeated in 21 days.

It’s now a universally accepted fact that the government did not use the long lockdown period to boost the country's healthcare infrastructure and prepare it for the worst.

Instead, it watched with indifference the suffering of the people, including lakhs of guest workers who were forced to trek hundreds of kilometres home from the cities they no longer could afford to stay in. Now, the virus is spreading in villages. Many states, including Maharashtra, have reported a shortage of adequate hospital beds there.

The passing away of a minister must force the government to do a rethink on its Covid-19 response. A tracking and containment strategy alone does not work. The government must aggressively augment the healthcare infrastructure with all the resources at its command and help the states financially in dealing with the pandemic. The government must use data for action, and not to mislead people.