If a regime does not bother to gather data, it is careless. If that is willful, it is callous 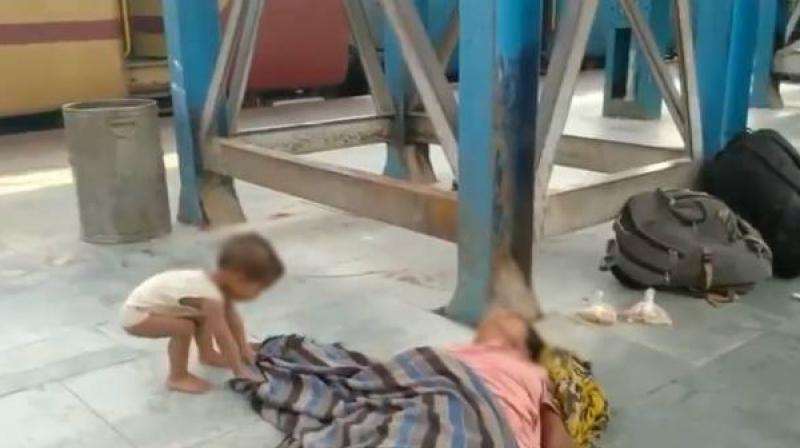 The distress of migrant workers, gut-wrenchingly captured by this photograph of a child trying to wake its dead mother at a railway station in Bihar, surpassed even the horrors of the coronavirus pandemic itself.

Data is the new oil, OK?. Even if our finance minister poured scorn on the modern maxim in her budget speech, saying it is just a cliche.

Cliche or not, the importance of data in modern admin may have dawned on the government when it confessed in Parliament last week that it had no data on the deaths of guest workers who were forced by Narendra Modi's sudden lockdown back in March to flee the cities.

This human tragedy, which was gut-wrenchingly captured by a photograph of a child trying to wake its dead mother at a railway station, surpassed even the horrors of the coronavirus pandemic itself.

In the absence of credible data gathering, the figure of one crore migrant workers displaced can only be taken as a ballpark figure conjured up to satisfy questions tabled in Parliament.

If indeed the government did not collate any data from the states on the number of returning migrants or their fatalities, then it can only be said that this is a careless government.

But if the real reason is that data is being withheld because of the embarrassment it would cause, then the government stands condemned by its own callousness.

The suspicion is that data — media sources put guest worker deaths near about 300 — is a tool to be manipulated in the hands of the current dispensation as amply proved in several debates over statistics regarding job losses in economy in the past couple of years.

The government has also said in Parliament that it has no data on farmer suicides in the last three years. The fact that its own national crime database reveals 10,281 farmer suicides in 2019 and 10,357 in 2018, besides counting 42,480 deaths by suicide of farmers and daily wage workers last year, shows up the rulers as shying away from the truth when it comes to keeping the elected reps informed in Parliament.

In refusing to address inconvenient data, the government is proving unworthy of the people it governs.