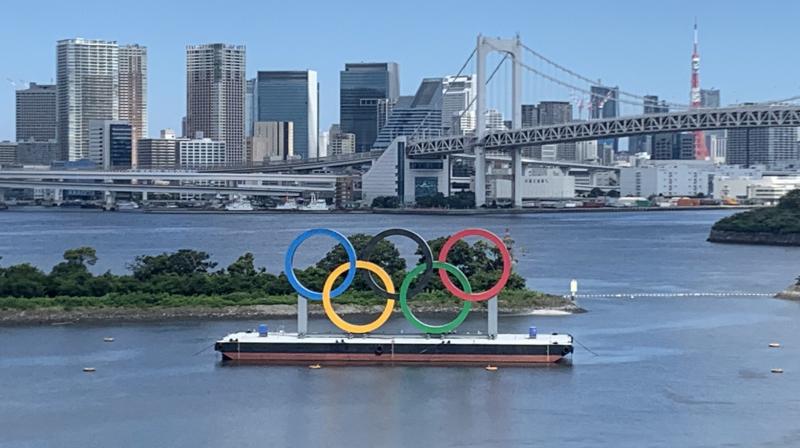 Tokyo’s excellent sporting infrastructure will be offering a level playing field for the athlettes. (Twitter)

The modern Olympic Games, held in three different centuries, were disrupted only by the World Wars while surviving global economic and political strife and sporting boycotts. No edition since 1896 may have been so fraught with the sheer tensions of a global pandemic. Organisers are still struggling to assure the citizens of Tokyo and Japan that 11,000 athletes from 200 countries, their support staff, officials, administrators and delegates will not worsen the spread of Covid-19 by holding the 2020 Olympic Games after a year’s postponement. Athletes as well as teams are being sidelined with the virus catching in its net close to 100 people associated with the Games even as the caseload in Tokyo has been rising with new infections.

Protests in Japan are not only regarding the Games becoming a superspreader. They have sprouted in the arena as well with athletes taking the knee in a gesture that has been spreading globally after the killing of George Floyd 14 months ago in the United States. The right of expression has been granted to athletes to make their symbolic gestures of protest as Rule 50 of the IOC charter that banned “demonstration of political, religious or racial propaganda” has been watered down. Protests are also expected to crop up Friday at the Opening Ceremony, which many of the athletes would be avoiding for fear of contracting the infection and so losing their one sporting opportunity in five years for an Olympic medal.

There is no knowing which athletes or teams will be hit by the march of the pandemic in the next fortnight in Japan where a national emergency has been declared. No athlete in the Games can say he/she was not affected psychologically by the events since the lockdowns began worldwide around March 2020. Tokyo’s excellent sporting infrastructure will, however, be offering a level playing field for all of them. There can be no excuses on medical grounds and all athletes will also have to make do with a distinct lack of atmosphere in the absence of spectators on-site. That would mean a further loss of $1.20 billion for the organisers who have had to go ahead with the Games or risk losing all $30 billion that has been ploughed into hosting the Games.

Indian athletes will be facing the additional burden of expectations which their vast national following bestows on them. The chances of Indian athletes may have been hyped up in typically high aspirations. Hopes must, however, be tempered by the fact that only one Indian athlete, ace shooter Abhinav Bindra, has won a gold medal (in Beijing in 2008) outside of field hockey. A haul of two silvers and four bronzes in London in 2012 was India’s biggest in history while the Games in Rio in 2016 were a disappointment but for P.V. Sindhu and Sakshi Malik winning silver medals. The shuttler will be India’s best bet for a gold.

If there are many athletes in India’s contingent who could strike medals this time may be owed to more scientific preparation over the years besides opportunities to train abroad in recent months with Tokyo in mind and despite the pandemic. There was a time when participation in the Olympics itself was considered an honour for Indians. Not anymore — India expects its athletes to perform and win medals.