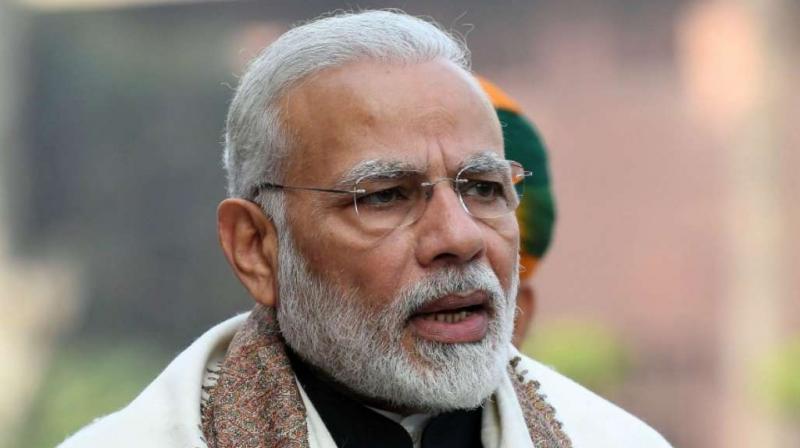 Prime Minister Narendra Modi has given the nation what he called a new mantra to defeat the coronavirus: testing, tracing, isolation and treatment.

The Prime Minister also said if the 10 states that account for 82 per cent of the number of Covid patients are able to contain it, then India will win the war against the pandemic.

It is welcome that the Prime Minister is seen to be taking an active interest in the war against the virus but the mantra he has given is by no means new.

This formula to test all the people who could have been in contact with infected people, trace all their contacts and isolate or quarantine them, and treat all those who have been infected has long been employed successfully across the world.

Several Indian states have aggressively pursued this path and have been able to contain the virus.

Even Delhi, once considered the corona capital, and Dharavi, the slum in Mumbai, have employed this mantra successfully.

The World Health Organisation has been talking of increased number of tests from the very start of the campaign against the virus.

The Prime Minister’s advice comes at a time when India’s daily caseload has crossed 60,000; of late, we are ahead of even the United States and Brazil on this count.

At present, India with over 23 lakh infections is at the third position in the list of the worst affected nations. With a doubling rate of 22.7 days, India is projected to overtake Brazil in a couple of weeks.

The only silver lining is case fatality rate of 2.1 per cent, which is lower than the global average of 3.75 per cent.

However, the number of deaths has shown an alarming trend with the figure touching 1000 on some days. India’s number of tests per million of population is low compared with other severely affected nations: 18,300 per million against 1,99,803 of the US and 62,200 of Brazil.

India’s test positivity rate is higher than these two countries, too. An early roll out of the mantra across the country when it was under lockdown would have stopped India from coming to such a pass. However, it is always better late than never.

Apart from the new mantra, what the states who are in the front line of the “war” want is money. Most states are now exhausted in terms of their financial and human resources.

The increasing cost of the corona fight and the decreasing economic activity stare the states in their faces.

The suggestion of Tamil Nadu chief minister Edappady K. Palaniswami that the PM-CARES fund meet at least half of the testing cost merits the Centre’s serious consideration.

The government must also drop its reported move to renege on its statutory obligation to offset the shortfall in GST collection. It must open its coffers and help the states instead so that India emerges a winner as Mr Modi suggested.