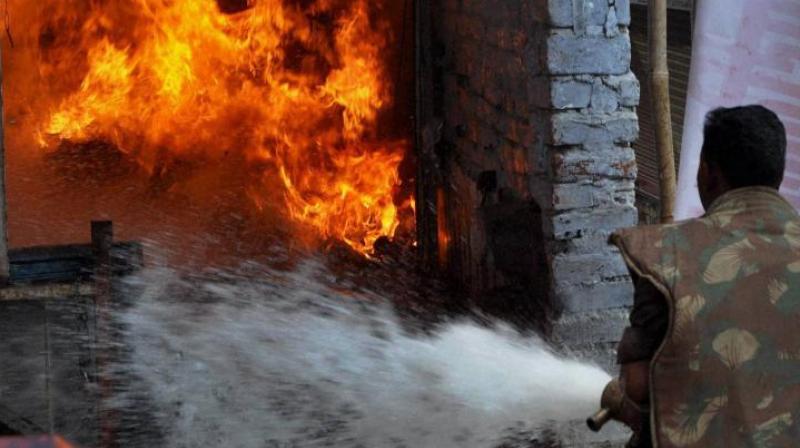 Those who lost their lives in the fire at Vijayawada’s five-storey Swarna Palace hotel, taken on lease by Ramesh Hospital, are more than mere statistics

Fire services are under the 12th Schedule of the Constitution and fall in the domain of urban local bodies. These have an abysmal performance record when it comes to enforcing fire safety guidelines.

After the tragedy, however, a fire safety check has been ordered on all hospitals in Andhra Pradesh. Several states and municipal corporations all over India have followed suit. It is likely to open a can of worms.

Already, the fire service department has reported that over 250 hospitals under the jurisdiction of the Greater Visakhapatnam Municipal Corporation have not obtained no-objection certificates.

In Hyderabad, in neighbouring Telangana, 90 per cent of its 1,700 hospitals are not following fire safety guidelines.

These regulations relate to design and construction; building materials; occupancy features necessary to minimise danger to life; smoke; equipment and installations and guidelines for fire drills and evacuations.

Also, according to the Model Building Bylaws, 2003, building plans have to be referred to the chief fire officer.

However, like road safety, fire safety continues to stay on paper. Unplanned construction in densely-populated areas remains the biggest threat. Only 30 per cent of cities have a fire master plan, which in most cases is outdated.

Those who lost their lives in the fire at Vijayawada’s five-storey Swarna Palace hotel, taken on lease by Ramesh Hospital, are more than mere statistics. Among them was Sabbithi Abraham, a pastor who had recently recovered from the disease but who stayed back to be with his wife, Raja Kumari. Raja Kumari, too, died in the disaster.

Another patient, C. Pawan Sai Kisan, was the one to call up the police upon discovering the fire. The hotel’s fire alarm had not been working. In both cases, a short circuit was the event that led to the blaze.

In the Swarna Palace blaze, the hotel as well as the hospital knew of the presence of defects in the air-conditioning system and wiring but had not bothered to carry out repairs.

The hotel did not have a fire safety certificate. As was the case with Ahmedabad’s Shrey Hospital, which is owned by Bharat Mahant, who defected to the BJP last year.

A common refrain is that private hospitals are capitalising on people’s reluctance to avail care at government hospitals during this crisis and are charging exorbitant fees.

Ramesh Hospital, for instance, was charging its Swarna Palace patients a daily package of `5,000 in addition to treatment and other charges. However, governments are reluctant to rein them in as yet.