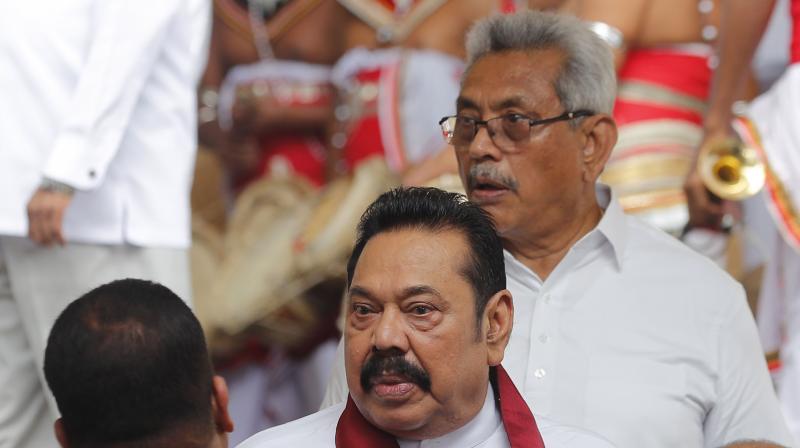 In Sri Lanka, the Sinhalese perhaps chose the Rajapaksa family because they were enamored by the way prominent brothers, Mahinda and Gotabaya, ruthlessly quelled the LTTE in 2009. AP Photo

The overwhelming victory of Sri Lanka Podujana Peramuna (SLPP) in the August 5 elections to the island nation’s Parliament is a triumph of Sinhala Buddhist majoritarianism and a consolidation of power by the Rajapaksa family.

It just follows a popular political trend across the globe, wherein people with power and privilege hunger for more power and more privilege and hand over governments on a platter to politicians whom they believe would do that for them.

In Sri Lanka, the Sinhalese perhaps chose the Rajapaksa family because they were enamored by the way prominent brothers, Mahinda and Gotabaya, ruthlessly quelled the LTTE in 2009. Or do the people believe that as a large family of rulers —another brother Basil and Nirmal, son of Mahinda, included — the Rajapaksas would do a better job in showing minorities their place?

Whatever it is, political trends that lead to the concentration of power in the hands of a family yanks democracy off the feet of nations.

With such a brute majority in Parliament, the brothers are only likely to make sweeping constitutional changes to enhance the authority of the President and to continue ruling the country for a longer time. There are also indications that they would fashion the government on the lines of a military regime.

Already Gotabaya, who came in as President in November, has appointed many serving and former military officers to key bureaucratic posts.

Since Gotabaya stormed into government by stoking ethnic Sinhala nationalism and SLPP has now romped home exemplifying such a majoritarian agenda, the ruling family would have no qualms about subjugating the minorities, Muslims and Tamils in particular.

And when the minorities look up to the government for an assurance to realise their legitimate aspirations, the pardoning of military officers charged with war crimes during the end of the civil war in 2009 by the Rajapaksas can be least assuring.