Only bronze for Bolt

Bolt hugged Gatlin, a sprinter twice docked for doping offences, and said the athlete had done his time in bans and the crowds were unfair to boo him. 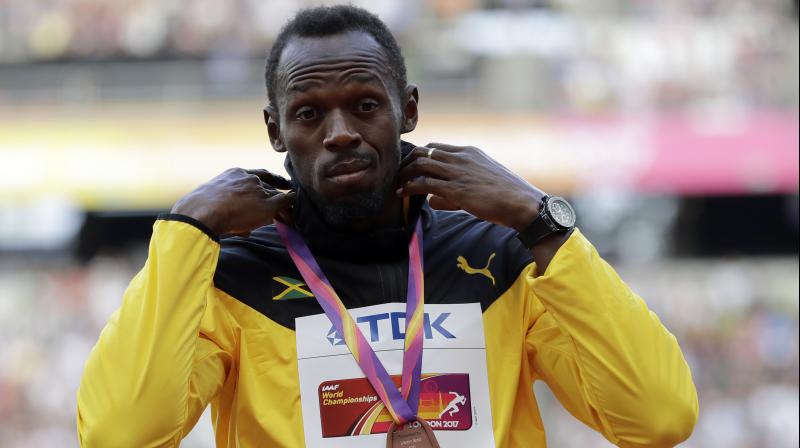 Jamaica's Usain Bolt wears the bronze during the medal ceremony for the Men's 100m during the World Athletics Championships in London. (Photo: AP)

Time waits for no man. It didn’t give one of history’s greatest athletes a few milliseconds of finishing speed to take his bow. Accustomed as we were to seeing Usain invariably bolt away with gold, it came as a surprise that the world’s fastest man ever didn’t get that last powerful kick from his long feet Saturday night in London. Bolt settled for bronze in the world championship behind Justin Gatlin, but did something that made him a larger-than-life figure, greater than all medals and accolades won. He hugged Gatlin, a sprinter twice docked for doping offences, and said the athlete had done his time in bans, and the crowds were unfair to boo him. For a champ so used to winning, he was a gracious loser. He will run one last time for Jamaica next Saturday, and perhaps the tears will flow then.

Bolt never took performance-enhancing drugs. But what set him apart from the rest and made him a champion for all time was how good he was as an ambassador. He minted millions from endorsement contracts, but, when young, eschewed the temptation to sign up for a US collegiate team and stayed in his native island. As a patriotic Jamaican, he built his career training at home, setting an example for a nation that was home to the finest sprinters in history. His golden “triple double”— 100m and 200m in the Beijing, London and Rio Olympics — was the pinnacle of achievement for someone who once stopped the clock at 9.58 in 2009. Yet we remember him too as a champ who celebrated life as much as sport.