An affable, kind-hearted and simple man, Lapirerre mingled with ordinary folk and made characters out of them in his fiction 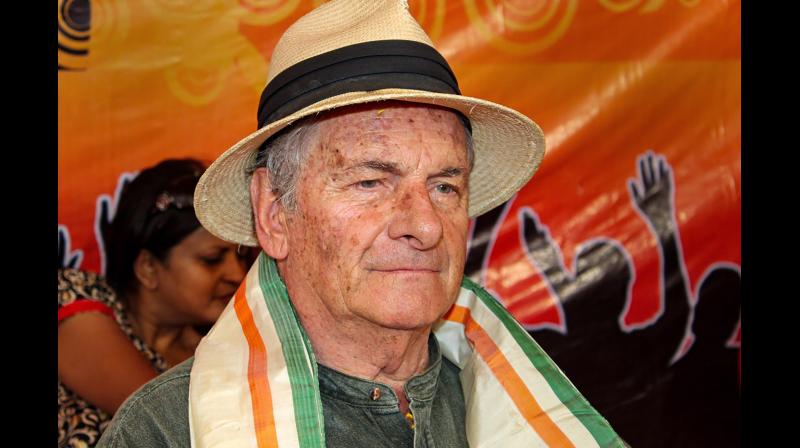 Acclaimed French author and philanthropist Dominique Lapierre during a visit to Kolkata. Lapierre, whose 1985 international bestseller 'City of Joy' earned Kolkata its nickname died at the age of 91. (Photo: PTI)

India has lost one of its preeminent storytellers in the death of the French author and novelist Dominique Lapierre who breathed his last on Monday. His two works, Freedom at Midnight, a historical account of the days of India’s Independence published in 1975 along with American writer Larry Collins, and the fiction City of joy on Kolkata (then Calcutta) a decade later, gave the world a new perspective about India and its past and present.

Few books have uncovered the events on the last days of the Raj and the first of Indian independence as Freedom at Midnight would have. Lapierre, and his co-author Collins, went about writing the book in much the old-fashioned way of researching the topic thoroughly and painstakingly picking up documents to support their story, uncovering faces unknown till then. But for the book, the misery the Partition brought on the people of India and Pakistan would not have known in such detail to the larger world.

The pattern of all his works including O Jerusalem (1972) on the birth of Israeli nation and Is Paris Burning? (1965) on the events of liberation of Paris from the Nazis as well as Five Past Midnight in Bhopal (with Javier Moro) based on the 1984 Bhopal disaster was similar. These books offered the rare combination of being so dramatic and so truthful at the same time that they were great successes and triggered informed debates.

Lapierre, who was conferred Padma Bhushan in 2008, has said that India was a like a second home for him. These were not just words that many others would have uttered; they came from his heart which beat for ordinary Indians. A major share of his earnings from writing was spent on charity: the City of Joy Foundation which he and his wife established is said to have saved more than 9,000 children from leprosy and put them through school. An affable, kind-hearted and simple man, Lapirerre mingled with ordinary folk and made characters out of them in his fiction. He also wrote best-sellers for them.