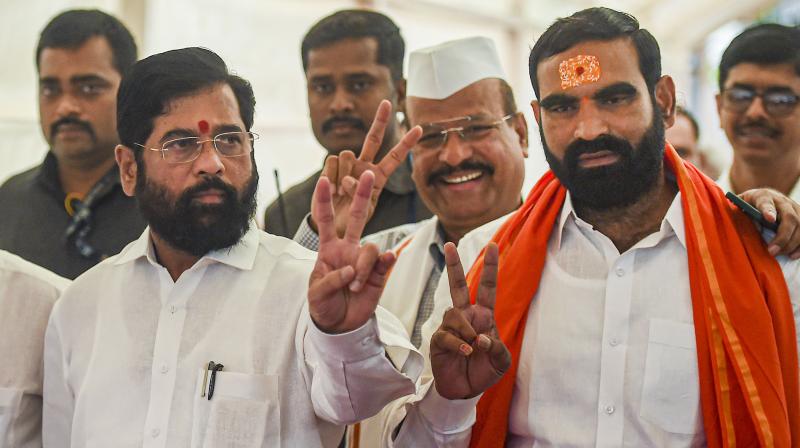 The political drama that went on for 14 days in Maharashtra has ended with the installation of a government under chief minister Eknath Shinde, the Shiv Sena leader who led a revolt against the party leadership, but the political uncertainty in the state is far from over. The passage of the confidence motion with a 164-99 voting has categorically established the numerical strength of the new government but several aspects of the series of events that unfolded in the past two weeks have been challenged in the Supreme Court, including the actions of governor Bhagat Singh Koshyari.

The Constitution expects a governor to act in a non-partisan manner but the acts of Mr Koshyari after June 27 when the Shinde faction raised a banner of revolt leaves no one in doubt that he offered scant respect to constitutional niceties, his concentration fastened on facilitating a regime change with the BJP at the helm.

The governor ordered then chief minister Uddhav Thackeray to prove his majority through a floor test to be conducted on June 29, within a bare 24 hours of him receiving a communication from the rebel group about its withdrawal of support and BJP leaders urging him to do so. This was at a time when the Supreme Court had ordered a virtual status quo while considering a petition by the rebel faction against whom deputy speaker Narhari Zirwal had issued a notice of disqualification on June 25. Mr Shinde had told the court that it was constitutionally impermissible for Mr Zirwal to take action on disqualification petitions while a notice for his own removal was pending. The court had ordered that it will hear the parties concerned and gave them time till July 12 to file their responses. It had also observed that it did not want the petitions to become infructuous, which means that a status quo was expected till the final decision.
While Mr Thackeray resigned from the post without facing the floor test, the governor quietly allowed the election of the speaker, which he had been delaying for about 16 months, to take place. A BJP leader was elected Speaker as per rules which are now questioned in the Supreme Court, and Mr Shinde proved his majority under his watch.

As it stands now, the Supreme Court decisions on two key issues which have a direct bearing on the government are pending: the election of the speaker, and the notice issued by the deputy speaker to 16 rebel Sena MLAs. The governor’s actions have not helped settle issues, but exacerbated them instead.

Legal issues apart, Maharashtra politics has been following a logic of its own. The state has witnessed the sight of parties dumping their partners while chasing power and then going back after the November 2019 elections. To be fair, the power struggle in Maharashtra was never about what is right and wrong. All parties are interested in proving that their actions are lawful and constitutional. And these questions can be decided only by the apex court. In short, it’s only an interregnum before the net act begins.