All political parties in J&K, including the Apni Party, have expressed themselves strongly against the new order 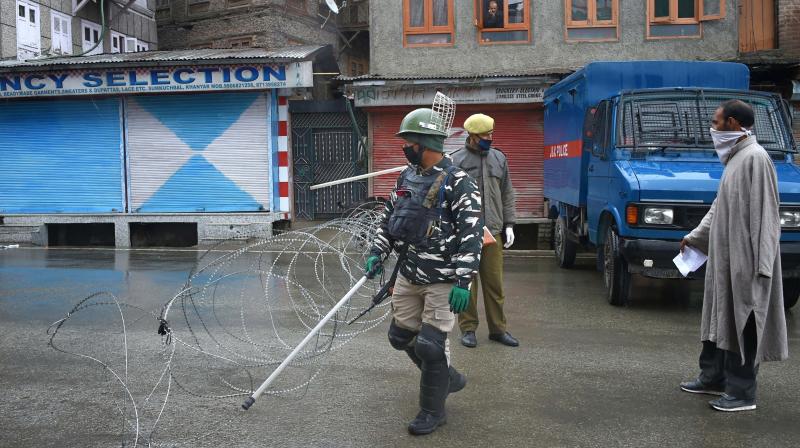 The Centre’s decision announced on Tuesday to permit people from all over India to apply for government employment in all categories except the lowest non-gazetted (Level-IV) in the recently created Union territory of Jammu and Kashmir is apt to be unpopular in the extreme not only in the predominantly Muslim region of the Kashmir Valley but also in Hindu-dominated Jammu, where the ruling BJP has electorally done well in recent years.

After Independence, when other princely states within India’s borders joined the newly independent country after Partition, the RSS and its affiliates active in the Jammu area did not seek to persuade the ruler of the then princely state of J&K to attach his domains to India. These outfits had close links with the Dogra royal family and waited on the ruler to make his decision — to even remain independent if he could. He could not as events showed, and joined the Union of India on certain conditions embodied in Article 370 of the Constitution. But with the end of princely rule and the rise of Sheikh Abdullah, the Hindutva outfits insisted on the scrapping of Article 370.

That process, after an ideological and political campaign of decades, was brought to fruition by the Narendra Modi government on August 5 last year. What has transpired as a consequence of the Centre’s order notified on April 1 is the ending of the category of “permanent subject” of the Maharaja’s period, and its substitution with the category of “domicile” in the current UT of J&K, to which the former state of J&K was reduced last August through a questionable procedure that is under challenge in the Supreme Court.

The definition of “domicile” leaves the door wide open for people from other parts of the country — for instance, children who have done their schooling for seven years in J&K and have taken the Class 10 or 12 examination from there qualify. They will be eligible in time to apply for any government job in the UT, including for the lowest non-gazetted posts, such as police constable and lower division clerk.

The people of the Jammu region, who had principally gone along with the BJP’s agenda of ending J&K’s constitutional autonomy to express their resentment toward the Centre for its perceived partiality to the Valley, appear to have developed doubts since August last year, with realisation dawning that the end of autonomy for the Valley would also mean the end of their own privileged status which applied to all of J&K. The thinking taking shape now is that the employment-related new order may just be the preview of things to come. The apprehension is that those granted the “domicile” status will be able to buy property. Since it is widely believed that not many outsiders would be ready to invest in property in the Kashmir valley on account of the political troubles and violence in that part of the UT, the property-seekers from other states are likely to eye the Jammu region.

All political parties in J&K, including the Apni Party recently created under the BJP’s aegis, have expressed themselves strongly against the new order. The Jammu BJP too is thought to be apprehensive.