Lack of sleep not only fuels fatigue, however, and bodily dissonance, it could also introduce a psychological kink 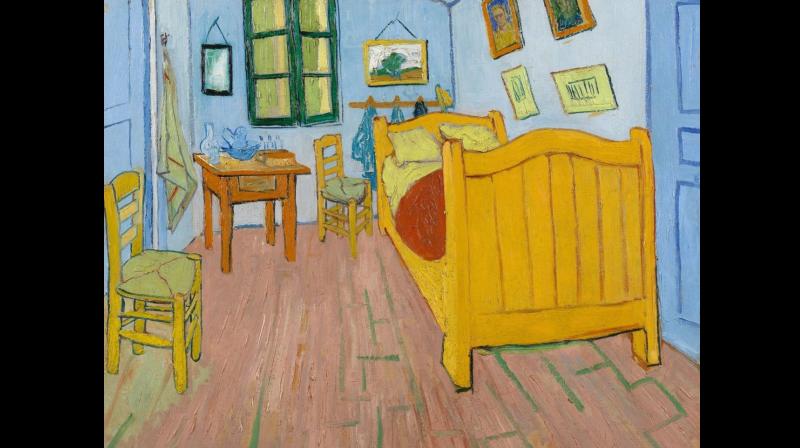 So many of us have struggled to slumber in lockdown. Here in England, we are locked into one still, and its inertia, the absence of change in the day, has changed our body clock. It’s broken it. It’s resulted in hours of tossing and turning before we are able to settle down at night, leaving us exhausted in the mornings, and somnambulating through the rest of the day. My children’s sleep has been shattered to the extent that I had to seek medical advice. On the phone of course, because face-to-face meetings are history.

Lockdown, they explained, has affected all our routines, and therefore our physiological rhythms. Sleep has been one of the biggest casualties. So prevalent is this new disturbed sleep, affecting a quarter of the world population, they’ve given it a name — Coronasomnia. Even out of lockdown, as you now are in India, you might continue to feel its effect on your body’s workings.

Of course insomnia is not peculiar to lockdown, though impacting fewer people outside it. For those of us already struggling to snooze, it has done the unthinkable – made it worse! Voltaire, Tesla, and Edison, famously couldn’t sleep. George Clooney, Mariah Carey, Roxane Gay and Indra Nooyi, amongst contemporary heroes, have found the Land of Nod the one unconquerable territory. But hadn’t Churchill suggested it was because he couldn’t nap that his conquests were so vast (Or was it Shrek who said that)? Did these lions of industries and nations, lords of our jungle, turn insomnia, that waking torment, to their advantage, whilst us sheep-like commoners slept?

Another lion, with a mane to match, Jon Bon Jovi, sang at the height of his fame in 1993, that he would “live while he’s alive, and sleep when he’s dead.” Nineteen and brimming with energy, barely in need of sleep, this made perfect sense to me. Over the next decade, burning the midnight oil, or the candle at both ends, proved no problem at all. I often did my best writing in the dead of night. Nor did you need to like nightclubs to go clubbing all night; t’was just a rite of passage. In New Delhi in my early twenties, I’d tag along with my television friends to Fireball, a Darth Vader’s helmet-shaped nightclub. I didn’t care for the lame music or the frenzied dancing, but the people-watching was a blast, and fabulous grist for the writing mill.

Imprinted on my mind to this day is the hulking, scarlet-trenchcoated mass of Biddu Kung Fu Fighting, or dancing to his own tune! Fast forward 25 years and I no longer agree with Bon Jovi. Rather, I’m with William Wordsworth who lamented that he could not “win sleep” however hard he tried. Whilst Keats, comparing it to death, entreated it still to “seal the hushed casket of his soul”. Dark as that may be, I’m almost inclined to agree, so elusive has slumber become. In a road accident in my twenties, that left me with fractured bones, I was prescribed drugs that ruptured my sleep too.

Particularly deep through my childhood, I then merely skimmed its surface. Treating it as an interesting new experience, I did get back some semblance of sleep in the succeeding years. When I lost my sleep again in my mid-thirties it was not the result of an accident, but planned parenthood. Two babies in quick succession meant nightly feeds, soothing night terrors, even the occasional midnight storytelling, and years before I could expect to slumber successfully. They grew well; bright, loving and creative, but they never learnt to sleep. Though one, subjected to years of school-bullying, despite our best efforts to prevent it, has struggled more than the other with snoozing. And I never really slept again. Even now when both unexpectedly drift to the Land of Nod, and I have no deadlines to meet or other reasons not to catch forty winks, I still cannot. My body’s disrupted rhythms refuse to fall back in step. Not that different from what’s happened to many in the lockdown months; their physiologies have grown unused to so much.

Lack of sleep not only fuels fatigue, however, and bodily dissonance, it could also introduce a psychological kink. You might find yourself rabbit-holing for example; dipping your toes into unlikely puddles you’d skip right over in the morning. Those breathless, deathless hours when all else is asleep, are the devil’s workshop. “Sleep is the most innocent creature there is and a sleepless man the most guilty,” Franz Kafka said, meaning many things as he did, but it does hint at his familiarity with the impish side-effects of not sleeping. Isn’t there an implication of mischief to “sleeping together” when it involves anything but? Don’t burglars strike in the wee hours? Saboteurs and serial killers? Isn’t there a supervillain actually called Insomniac!?

I am past becoming a supervillain; after all, doesn’t world-domination have to be embarked on early (but, psst, should I worry about the potential threat posed by my nap-dodging children)? Very much a petty misdemeanours person myself, to help me sleep or fill sleepless nights, I’ve tried reading, herbal remedies, the occasional tipple, and (some, not all, of) the internet’s ‘delights’, including random chats with strangers. But, trust me, peeps you encounter past the witching hour are very unbewitching indeed. So now I count sheep, or my version of it — I decorate houses in my head. Not a thwarted interior designer, I have no clue why I do this. I suspect I’m looking for the perfect bed, with that gentle, form-hugging dip in the middle that will cradle me to sleep. Like fairy tale insomniac Goldilocks braving a den of bears to find sleep, I’ve tried this solution and I’ve tried that. But when all’s said and done, throughout my life, what’s worked best on restless nights is the soothing act of writing. Sometimes about sleep.