Health security must be on the policy high table

What is of great concern to India is the impact of coronavirus (called Covid 19 by scientists) on the pharmaceutical sector. 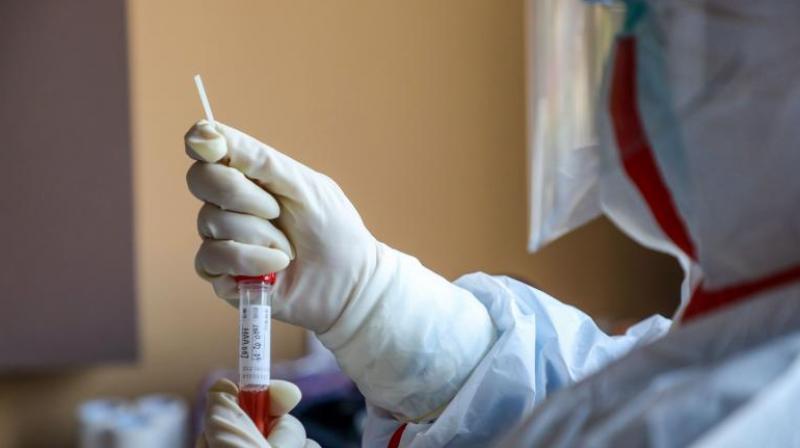 India is the fabled pharmacy of the world. India’s low-cost generic drug makers cater to domestic and international needs. But here is the catch. Most of the Active Pharmaceutical Ingredients (API) or bulk drugs necessary to produce these medicines come from just one country – China. APIs are what give a medicine its therapeutic effect.

Few in India connect healthcare with national security. Health experts and security experts typically don’t talk to each other regularly. But the coronavirus outbreak in China reminds us once again that in today’s interconnected world, an outbreak anywhere has a ripple-effect everywhere, including countries whose citizens may not have contracted the virus in large numbers. Globally, the novel coronavirus has now killed more than 2,000 people.

Disruption of production in China, the world’s second largest economy, is creating havoc in many businesses worldwide -- airlines, automobiles, luxury goods and so on.

What is of great concern to India is the impact of coronavirus (called Covid 19 by scientists) on the pharmaceutical sector.

India is the fabled pharmacy of the world. India’s low-cost generic drug makers cater to domestic and international needs. But here is the catch. Most of the Active Pharmaceutical Ingredients (API) or bulk drugs necessary to produce these medicines come from just one country – China. APIs are what give a medicine its therapeutic effect.

About 75 per cent of the APIs used in the formulations of India’s National List of Essential Medicines are sourced from China because it is cheaper to do so. Most of India’s API production units are not running at optimal capacity now.

India’s over-dependence on China for APIs is not an issue that has popped up just now. It has been an area of concern for a long time.

There have been numerous alerts, taskforces, warnings over the years about the over-dependence of the Indian pharma industry on raw materials from China and its implications on India’s health security.

A 2013 study by the Boston Consulting Group and the Confederation of Indian Industry said total imports of APIs and advanced intermediates had risen at a compound annual growth rate of 18 per cent, from $800 million in 2004 to $3.4 billion in 2013.

“India’s growing dependence on imports in bulk drugs would have an impact on our pharmaceutical formulation industry, access to medicines, health security and also on the manufacturing sector,” according to a February 2015 policy brief by Research and Information System (RIS) for Developing Countries, a New Delhi-based think tank.

A task force constituted in 2018 by the Narendra Modi government to address the issue recommended setting up of three bulk drug parks in Andhra Pradesh, Gujarat and Himachal Pradesh through the public private partnership (PPP) mode.

That this is an extremely serious issue is not in doubt any longer. On February 18, China’s Global Times newspaper reported that China’s manufacturing of APIs has halted because of the coronavirus outbreak and this “could weigh heavily on the global supply chain if postponements continue”.

The Chinese newspaper noted that China has become the biggest producer and exporter of APIs globally, with over 2.8 million tons of output in 2018, according to China’s commerce ministry. It also reported that central China’s Hubei province, where the coronavirus surfaced, is among provinces with the largest API outputs.

“The province’s production has been suspended and many of its API factories are the only direct suppliers to international clients… Wuhan Shiji Pharmaceutical, a company specialising in the production of APIs for psychoactive drugs, told Global Times that half of its production was for export, but now all orders are suspended due to the coronavirus outbreak. API producers in eastern China’s Zhejiang province, an API production hub with an annual output of 247,000 tons in 2018, won’t resume work until the end of February, an industry insider told Global Times,” the report said.

How do we plan to secure India’s dominance in generic medicines with the formulation industry depending so heavily on Chinese APIs? What happens in the short term if Chinese API supplies remain disrupted?

In 2020, we are asking the same questions that some of us raised earlier about India’s health security.

It is worth remembering that even before the coronavirus struck, China was cracking down on polluting industries, including pharmaceutical and chemical units. This has led to a rise in the prices of APIs imported from China by 25-30 per cent, dented the margins of India’s drug makers and made India more vulnerable.

India was not always so dependent on Chinese APIs. In 1991, Chinese ingredients accounted for only 0.3 per cent of bulk drug imports. By 2012 their share had gone up to 47.61 per cent. In recent decades, India’s drug makers have moved onto formulations and preferred to import APIs from China where the cost of production is lower
Industry sources that this columnist spoke to in recent days say that the big pharma companies in this country have enough stocks of APIs for about three months. Small and medium companies have stocks for the next 20-25 days.

Sudarshan Jain,  secretary-general of the Indian Pharmaceutical Alliance, which represents major domestic pharma firms, is keen to stress that “there is no need for panic”, and that the current inventory assessment of IPA members suggest that there are enough API stocks for two to three months and finished formulations for about a month.

But what happens after that if the situation does not normalise? What will be the impact on ordinary Indians dependent on medicines that require Chinese APIs? No one has a definitive answer.

A flurry of high-level meetings between the Central government and drug makers this week suggest that the issue is being taken very seriously at the highest level and that short-term and long-term solutions are being talked about. The department of pharmaceuticals (DoP) has constituted a high-level panel to assess its impact of the outbreak of the deadly virus in China on the supply of APIs in India Plans are reportedly afoot to have faster environmental clearances for some of the API manufacturing units in the country so that dependence on China is reduced. India’s drug makers are hoping that the situation may ease from the first week of March.

However, it is very difficult to predict the trajectory of epidemics.

For many countries, including India, it has been tough to sell the idea of investing in strengthening preparedness for epidemics and other health security threats in face of more seemingly urgent priorities in the field of healthcare.

But the coronavirus crisis is a wake-up call. Health security, which includes increasing India’s API manufacturing capacity, must be on the policy high table.