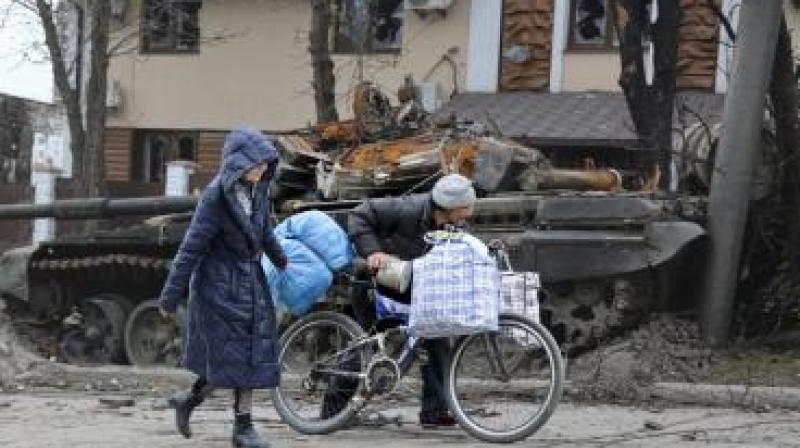 “How many waves are in the choppy seas?
How many leaves are on the waving trees?
How many blades of grass sprout from the land?
On all the beaches how many grains of sand?
These questions and their answers are a tease
They can be counted, they’re not infinities…”

If, gentle reader, you came across a book called The War on the West, you’d perhaps think it contained some description or contention about Russia’s invasion of Ukraine. You might think, as I did, that it contained wise, if judiciously careful, words about the West, by and large, consisting of nations with democratic systems of government, capitalist free trade, some commitment to freedom of speech and opinion and other developments which characterise the contemporary West.

You wouldn’t be far wrong to speculate that several of the former Soviet republics have gratefully escaped from the grip of Russia, which is undemocratic and dictatorial in so far as its “news” is entirely state-controlled propaganda, it rigs its supposed elections, jails and poisons any Opposition and is openly run by a mafia of oligarchs who cream billions off its economic assets and place them in banks, yachts and properties in the West.

Nations such as Belarus have attempted to break away from this controlling vice (pun intended), only to have the will of the people brushed aside by a rigged election and what was virtually a military coup. And then there are those nations such as Ukraine who have attempted, perhaps not cautiously enough, to agitate for free elections, a free press and an economy that can trade with or within the West — in its case the European Union.

The Russian mafioso government don’t want that. Their “President” has told his people that they are fighting Nazis in a nation that has elected a Jewish head of state whose relatives died in Nazi concentration camps. He tells his people that Nato has “surrounded” Russia with aggressive weaponry. Bad geography, bro! Russia has six per cent of common borders with Nato countries. But then a population brought up on daily lies may not bother to check their atlases.

So, Russia wages war on Ukraine and threatens war on Finland, Sweden and even announces that it will nuke London. Your interpretation and mine of what a book with such a title, published by the West’s Rupert Murdoch’s HarperCollins (I declare an interest — so are some of my books!) may contain is — wrong!

That recently published book is by someone called Douglas Murray who happens to be an associate editor of a weekly, doggedly-and-pathetically-right-wing British magazine called the Spectator. And what’s he saying? Here’s what: “In recent years, it has become clear that there is a war going on: a war on the West.” What does he mean? His entire diatribe is aimed at the figurative culture wars with the weapons of “wokery”, the toppling of statues, questioning slavery and its historical legacy, the “cancelling” of speakers at some universities and other pseudo-political irritants which poor old Murray characterises as “an assault going on against everything to do with the Western world”.

If I hadn’t told you what the book was about, you might imagine that that sentence alludes to the trumpeting mob that attempted to invade the US Capitol in Washington on January 6, 2021, and overthrow the legitimately elected government of the United States. It doesn’t. That mob attacking the fundamental values of the West doesn’t get a mention, so you can guess where Murray, and perhaps some contributors and readers of the Spectator, stand on that scandalous attempted insurrection by what Donald Trump would call “losers”.

Douglas Murray is terrified by the likes of misguided juveniles who want to substitute “they” in the language for the male and female pronouns. I would advise Murray not to lose sleep over it — they won’t win. Besides, he doesn’t like the recent questioning of slavery and colonialism or the toppling of statues that I can bet he hadn’t ever looked at and didn’t even know existed. He writes: “Everything connected with the Western tradition is being jettisoned…” By whom? Where?

Again: “the history of the West has been entirely rewritten…” By whom? Where? Have Andrew Roberts’ books been burned by a rally led by Nasty Patel? Did people vote for a Tory government with an 80-seat majority? Will the critical attack, however foolish, on Rod Liddle, one of Murray’s co-writers in the Spectator, at a university, really put an end to the tradition of free speech in the West and prevent the Spectator, the Times, the Telegraph or even the Guardian and the BBC venting and vending their points of view (spleen, anyone?)?

The essence of Murray’s argument — and one doesn’t even have to read between the lines, just read the lines themselves — is an objection to the rhetoric by some offended people against “whiteness”. If this is what is sending him to the pharmacist for sleeping pills, he should in a recently popular phrase “chill”. The fact that a black actor is chosen to play Julius Caesar is not going to damage Shakespeare’s pre-eminence.

Anyway, what dear Douglas identifies as a recent phenomenon isn’t. Indian historians have been rewriting and telling the truth about colonial history for at least a century. And this erosion and abolition of the legacy of empire is… er… am I writing this and you reading it in Ardhamagadhi?