Farrukh Dhondy | Researching Wikipedia on the origins of toxic words 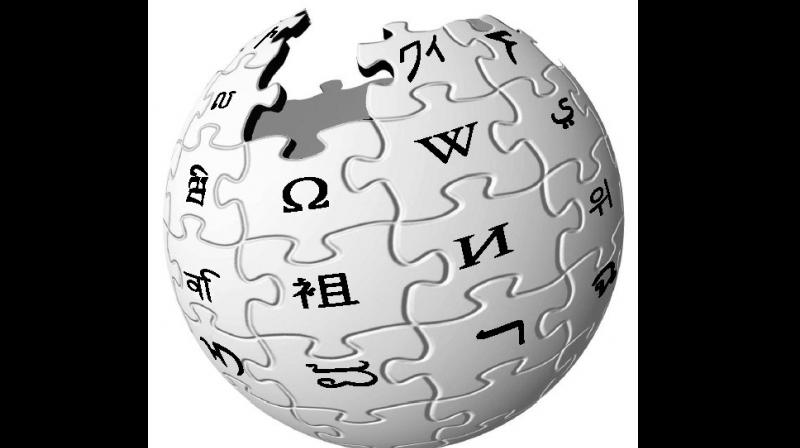 “If our hands bent both ways

There’d be lines marked on the back.

With our palms already foretelling

It’d be a sort of heads and tails

And palmists would be confounded

Not knowing which fortune prevails.”

From Come, Say ‘Come’ by Bachchoo

Idle days, my friend, idle days in terms of worldly commerce, but busy as a woodpecker tapping the imagined computer keys of a tree-trunk. And as random questions occur, sometimes pertaining to work. Sometimes thoughtful wanderings from questions about how one dodges British tax by registering companies in Nassau, to the origins of phrases one has used and never stopped to etymologise.

Praise be to Ahura Mazda for inspiring the founders and conspirators of Wikipedia. And yes, I do contribute small sums to their coffers now and then. We must all will their incredibly comprehensive and by-and-large-accurate encyclopaedia(e) as the world has never known, to continue -- till time and ingenuity replace the ethereal store of knowledge with some other scientifically invented miracle.

The triviality of what I resort to Wiki for will or may, gentle reader, prompt you to judge me harshly. Today it occurred to me that I had never investigated the origins of the phrase “oopsy daisy”! I am now fairly knowledgeable about the meanings of certain nursery rhymes such as Humpty Dumpty which wasn’t an egg as mistakenly portrayed by cartoonists, but a cannon in the service of His Majesty’s artillery. I also proudly know that ring-a-ring-a-roses is about the plague that swept Britain and nothing to do with necklace of blossoms as I had imagined when we played holding hands and forming a ring, at the age of three in the joyous hours of infant birthday parties.

And now Wikipedia corrects my lifelong notions and says the phrase is “Whoopsy Daisy”. There are several notes on the origin of the phrase, and they contradict each other and still leave the attribution of alarm, at an accidental slip, or as an encouragement to a child as you fling it into the air, mysterious. The appearance of this Daisy, presumably a girl and not a flower, doesn’t figure in the explanations.

And in my idle researches I find that there are places where Wikipedia doesn’t fear to tread. It very bravely, if casually, tells the literal meaning of the “F” word while incorporating the various expressions which use the single syllable without in any sense invoking its literal meaning. It is, as Bagwash Shri Ragwort noted in one of his rambles, used to express dismissal, disdain, disappointment and other “d”s, not to mention the moods and utterances whose descriptions begin with other letters of the alphabet.

And so, with other words which we, in our graciously inoffensive era, shorten to their first letters. And in that context, after a few minutes of research in these idle hours, I have discovered, gentle reader, that Wikipedia gives us definitions and connotations of very many common Hindi or Urdu swear words, including those which the victims of the abuse may object to as “going on mothers/sisters”.

One stereotype for us Parsis is that we punctuate our sentences with the MC and BC words. I sincerely protest that my family and their acquaintances never fell into the particular linguistic habit, but a friend in college was universally known as Adi “MC” Manekshaw. He would freely use the expletives and was famous for his expression of surprise or disbelief, which was “Good Lord MC!” -- (the mouth-filling words not just initials).

The intriguing word, which I grew up hearing in the Parsi and wider Indian community, was “saala”. The word literally means brother-in-law, and of course can mean that the speaker had carnal relations with the sister of the one to whom the word is directed. That could be provoking and insulting, but in my hearing, it was often used as an endearment. How in such discourse has its negativity turned into its opposite? (All answers to this newspaper’s letters page! - fd. Sub-editors: Delete this line, we have enough unprintable nonsense stimulated by his columns anyway—Ed)

And wandering outside the possible remit of Wikipedia, I have taken to wondering whether the Parsi surname Siganporia, based on an association with place, as with Adenwalla and Billimoria, should really be “Singaporia”. It is easy to see how the eastern tongue twists the sound of “x” or “ks” into “sk”, as in the transformation of Alexander to Sikander, or as boys in school would say “I’ll aks my bro’”!

And so with the word signal, again in English two consonants “g” and “n” thrown together and rendered very often by the general Indian public as “singal”. Which is why I suspect, as there is no place in Gujarat called Siganpor, that the surname derives from some ancestor who pursued the opium trade, banking or some such in the far eastern colony.

Again, in idle intellectual mode, I wonder why my grandmother demonised the vegetable which we call “brinjal” and Europeans refer to as aubergine or eggplant, by characterising anyone who fell ill with the phrase “vengna khaddha”, meaning “ate brinjals”. In my short and happy life, I have never known the vegetable to be toxic or poisonous.

Where are the Parsi etymologists and phraseological historians when you need them? Come back, all is forgiven.