Fiction is in a dismal state, said a well-known literary agent 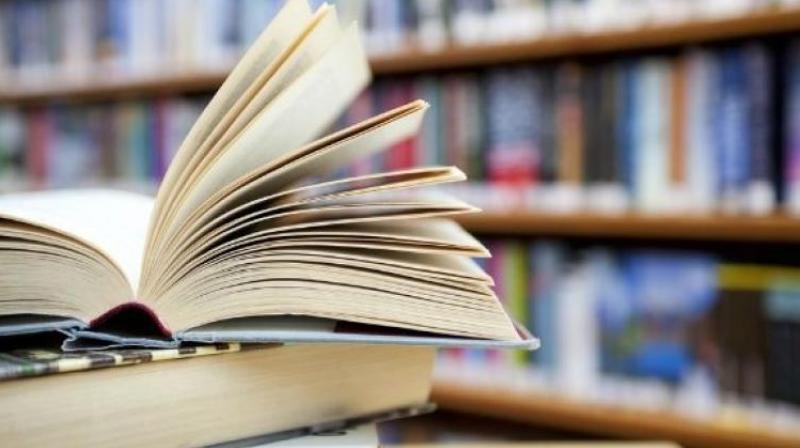 Fiction will be alive and kicking as long as we — and our imaginations — are alive. I think it’s people who are in the book business who need to check their pulses. — Representational Image/DC

Haven’t you heard? The novel is dead. At least, that’s what you’d believe if you read its recent obituary in a reputed journal, where it was given a quick and comprehensive burial by the people who matter in Indian publishing.

In the article, a well-regarded editor and publisher who has worked with some of the top publishing houses in India had this to say with regard to the Indian novel’s demise: “Today, people want to read non-fiction because they think, ‘I should be talking intellectually’. This phenomenon of social ‘show-offism’ is the malady that has hurt fiction. Everybody is arguing about their idea of India today — at dinner tables, parties, social media, literature fests. Non-fiction gives them the fodder for this head-butt over ideas.”

In other words, people who tweet, attend parties and literature festivals are not reading novels. So why publish them. Because that’s who the novel was always published for: the show-offs.

“Fiction is in a dismal state,” said a well-known literary agent. “Publishing houses are cutting it down, and there’s little machinery to support its growth.”

While the agency’s website highlights the prestigious books by award-winning writers on their roster, I urge the reader to check the majority of that bloated list. It may prove the accuracy of his first claim, the dismal state of Indian fiction, quite comprehensively.

There are many people saying many things about the rotting corpse of the Indian novel in the article I reference, but for the purpose of this piece, the quotes above suffice.

That the so-called gatekeepers of this industry, the editor/publisher and the literary agent, attribute the demise of Indian fiction to, one, the show-offs not wanting to read novels and, two, publishing houses cutting down on their fiction lists because it isn’t selling, makes it sound like it is all poor, despondent fiction’s fault. And if the Indian novel decides to jump off a cliff, what can they, helpless chaps, really do? That, too, without leaving a suicide note, which, being non-fiction, would have sold, dammit.

Well, since the writer of the previous piece didn’t ask these questions, I take it upon myself, as both fiction writer, and non-show-offy reader of novels, to ask the publishers, literary agents and editors, among others, the following.

If no one is buying fiction, could it be because of the mountainous pile of garbage that has been published in the name of fiction in the last decade? And could this glut of unreadable sub-pulp have happened, say, because not enough time or effort was invested by the editors in the most important part of their job: finding and nurturing actual talent? And could that be because these lovely folk, when not publishing works by their coterie, were busy on social media praising each other, attending lit fests, and handing over the job of commissioning/talent-scouting to so-called literary agents?

Could it also have something to do with publishers/editors taking the lazy route of giving so much money to ‘big-name’ writers (whose books have since bombed) that the money set aside for real writers became laughable? And did that, in turn, lead to the old adage ‘If you pay peanuts, you get monkeys’ coming true? What about the shameless and relentless pursuit of Bollywood personalities? Didn’t sinking crores into disingenuous memoirs by actors and actresses drain the resources of publishing houses? And didn’t the cumulative effect of irredeemably humungous advances — to jaded big-names and Bollywood dilettantes — also contribute somewhat to publishing houses downing their shutters overnight? Do you think the same ‘talent pool’, with the same blunted consciences and worn-out ideas, playing musical chairs for the high positions in publishing has had an effect on Indian fiction? Did these back-scratching cliques (with some families even having turned it into a cottage industry with nary a thought about conflict-of-interest) contribute in any way to killing the novel and its writer?

I leave the epitaph-writers of the novel with this passage by Neil Gaiman:

“My cousin Helen, who is in her 90s now, was in the Warsaw ghetto during World War II. She and a bunch of the girls in the ghetto had to do sewing each day. And if you were found with a book, it was an automatic death penalty. She had gotten hold of a copy of Gone With the Wind, and she would take three or four hours out of her sleeping time each night to read. And then, during the hour or so when they were sewing the next day, she would tell them all the story. These girls were risking certain death for a story. And when she told me that story herself, it actually made what I do feel more important. Because giving people stories is not a luxury. It’s actually one of the things that you live and die for.”

Your job, dear editors, publishers and literary agents, isn’t to produce only what you think the public wants. As dictated by your all-knowing sales team. It is to invest some time, money, effort and love into publishing what the world needs, too. As understood by your heart and conscience.

In sum, I don’t think it’s the novel or fiction that’s dead. Far from it. Fiction will be alive and kicking as long as we — and our imaginations — are alive. I think it’s people who are in the book business who need to check their pulses.