Probal DasGupta
The writer, a retired Army officer, is the author of Watershed 1967, based on a forgotten war between India and China, and a member of the guest faculty at New York’s Columbia University.

The Indian army is arguably one of the most diverse, versatile and inclusive combat forces on earth 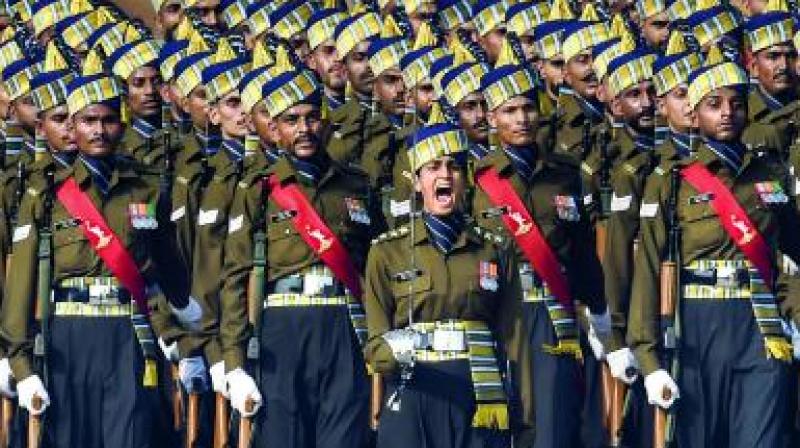 There is an interesting story from the 1965 war between India and Pakistan. Pakistani President General Ayub Khan had attended the Sandhurst military academy in England before India’s partition in 1947. Among his batchmates were officers who later joined the Indian army, including the army chief in the 1965 war – General Jayanto Nath Chaudhuri – Ayub’s company mate at Sandhurst.

Fond of whisky and horses, the anglicized, urbane Ayub wore pinstriped suits and smoked a pipe. Yet his own prejudice and the communal leanings of his minister Zulfiqar Bhutto coloured Ayub’s thinking, causing him to infamously remark before the war that ‘the Hindu had no stomach for a fight’ and could be silenced with a few good blows. Ayub Khan and Bhutto believed in the twaddle of ‘civilizational supremacy’.  Despite having served in pre-Independence India, Ayub believed the Indian army was an army of Hindu soldiers.

A witless Ayub and his belief in religious supremacy was to be proved wrong. By the time the war in 1965 ended, the Indian army closed in towards Lahore pushing Pakistan onto the backfoot. Capt (later Lt General) Ranjit Singh Dayal, who led the famous capture of the Haji Pir pass, was a Sikh, as was Lieutenant General Harbaksh Singh, who led the army in war. General J. N. Chaudhuri, the chief, was a Hindu.

A bright star of the war, Havildar Abdul Hamid, was a Muslim who worked as a tailor before joining the army. As the company quartermaster havildar, Hamid’s job was to ensure supplies to troops. In an unprecedented individual action in the history of war, Hamid single-handedly destroyed seven Pakistani tanks.

The Keelor brothers, the first siblings to win Vir Chakras for their heroics using Gnat fighters to bring down superior Sabre jets, were Christians. Colonel Adi Tarapore was a Parsi officer whose exploits, before he died fighting for his armoured regiment, so impacted Pakistani forces that they stopped shelling during his cremation as a mark of respect.

Brigadier Desmond Hayde, who was born to English parents but stayed back after 1947 and joined the Indian army, was called the bawra Jat (the crazy Jat) who led his unit across the tough Ichhogil canal and beat back the enemy. Ayub Khan’s army had been thwarted by the combined strength of a secular India.

The Indian army is arguably one of the most diverse, versatile and inclusive combat forces on earth. Infantry regiments have been based on regional affiliations – Marathas, Sikh, Dogras, Madras, Kumaon and other regiments were named after the regions of their soldiers. There are mixed regiments in infantry and artillery that have Muslim and Hindu Rajput companies. Despite the fact that Indian and Pakistani armies emerged out of the British army, it is this aspect of collective secular vigour that, over the decades, separated the Indian army’s consistency and effectiveness from the Pakistani army’s dubious unpredictability and thus shaped its legacy.

Religious inclusivity has helped assemble the best in the past. At the time of the country’s partition in 1947, Brigadier Mohammad Usman – one of India’s bright officers was invited by Pakistani Prime Minister Mohammad Ali Jinnah to join the Pakistan army. Usman refused and chose the Indian army instead. After independence, Usman gave up his life fighting for India against Pakistani invaders and was posthumously awarded the Maha Vir Chakra in 1948.

One of the reminisced instances of inclusive leadership was 1971 – Gen Sam Manekshaw, the army chief was a Parsi, Lt General Jagjit Aurora – the Eastern Army Commander was a Sikh, Maj Gen JFR Jacob – the Chief of staff - was a Jew while Lt General Sagat Singh – the Corps commander, who was the architect of capturing Dhaka and thus ensured India’s victory – was a Hindu Rajput.

During national emergencies, radical religious influences within the armed forces can cause a crisis. In the 1980s, the Punjab crisis provoked unrest and mutiny amongst regiments. At the Sikh Regimental Centre in Ramgarh in Bihar, the Commandant Brig Puri was shot dead by a few mutinous soldiers while a few officers were injured. Sepoy Gurnam Singh led a bunch of rebels and headed towards Amritsar. They were intercepted and 35 people were killed in skirmishes between the mutineers and the soldiers manning the roadblocks, according to a newspaper report. There were some other instances of violent dissent that were ably handled by the army. Commanders at all levels dealt with the crisis admirably and protected the impeccable credentials of the Indian army.

On the other hand, the experiment with radical religion has left the Pakistani army in tatters. Until 1971, muslim soldiers and officers in the Pakistani army followed their religious beliefs but the organisation kept religion largely outside of professional duties and functions. However, after its defeat in 1971, the Pakistan army was transformed into a more politicized and religious instrument. After General Zia ul Haq took over as president, he further accelerated the policy of islamisation of the armed forces. The Pakistani army’s embrace of radical Islamic practices in the army was to grow alongside Zia’s ploy of using religion as a tool of execution in Afghanistan and Kashmir. Pakistani army officers who were commissioned in the early 1970s had, under Zia’s policies, grown to become senior commanders who pursued Islamic agenda inside the army. By 1990s, Lt General Hamid Gul, as the ISI chief, was heading a hydra headed monster in which many officers actively supported Islamist terrorist groups.

On the other hand, religion in the Indian army is guided by a simple, powerful principle line: ‘the religion of an officer is that of the troops he commands.’ There is however, a degree of ignorance about the tradition bound, regimented organisation which results in ridiculous assumptions as happened in a recent instance.

A few months ago, the army hosted an iftar function in Jammu and Kashmir which included officers, jawans and locals. The function was misinterpreted by a radical right wing television channel. In response, the army PRO deleted the social media pictures, which was a mistake. Fortunately, the gaffe by the army PRO was corrected and the army affirmed its inclusive culture by posting a tweet of the Corps commander in Kashmir at the Eid prayers at JAK Li Centre’s Mandir Masjid Gurudwara (known as MMG). The MMG is a unique institution in the Indian army that has a mandir, masjid and gurudwara in the same compound and is a sarv dharam sthal - a praying space for all.

There are many such splendid instances from history and current practice. However, a reason to write this piece about the role of secularism as an irrefutable non-negotiable in the armed forces is to highlight the troubling emergence of toxic half-truths on religious and other divisive subjects. Many of these narratives find their way into social media groups of serving and veteran soldiers.

Discussions on religious issues that lead to discomfort, discord and divisiveness can have a long term impact on the concept of pluralism in the armed forces. It would be unfortunate if course mates or batch mates lose an essential article of trust that binds them. Some of the younger military leaders would be senior commanders of tomorrow and given that they would lead formations of mixed religious and regional denominations, their current social media remarks on sensitive issues is bound to impact the cohesive strength of units in future, unless a course correction is made. An exercise of restraint and discretion in judgment would go a long way in preserving the sanctity of the ethos of the organisation and its leadership.

An unrestrained, wrongly-informed social media doesn’t serve to strengthen unity amongst men united by the uniform and units they serve. In the past, there was an unequivocal thumb rule: politics was never to be discussed in messes, clubs and public gatherings in the army. However, the army is a subset of the larger society and it is unrealistic to expect it to stay unaffected by the ongoing narrative of public discussions. The risk lies in letting radical propaganda go on to play a divisive role in social media groups of a truly secular organisation in India.

In an army where leaders command men of different religious denominations, including minorities of several kinds, it is precarious to allow discussions to go down the slippery slope of rancour. Though instances of aggressive and discordant discussions on religion aren’t many, the emergence of such occurrences ought to be discouraged. The armed forces, on its part, has taken note of it and laid down instructions on the use of social media by its serving personnel. However, the armed forces cannot invisibilize the social media.

One reason the principles and code of conduct have sustained themselves is because the uniformed organisation kept away from the external ecosystem. Increasingly, the forces are bound to be impacted by different external elements. However, one has to only look at history to reaffirm the celebrated inclusivity in the organisation.