Opinion   Columnists  09 Dec 2022  Farrukh Dhondy | Will a wave of strikes in UK take the joy out of Christmas?
Opinion, Columnists

At every Tube station, on every main street and outside most supermarkets, the poor man’s/woman’s hat/metal bowl is extended. Bad days 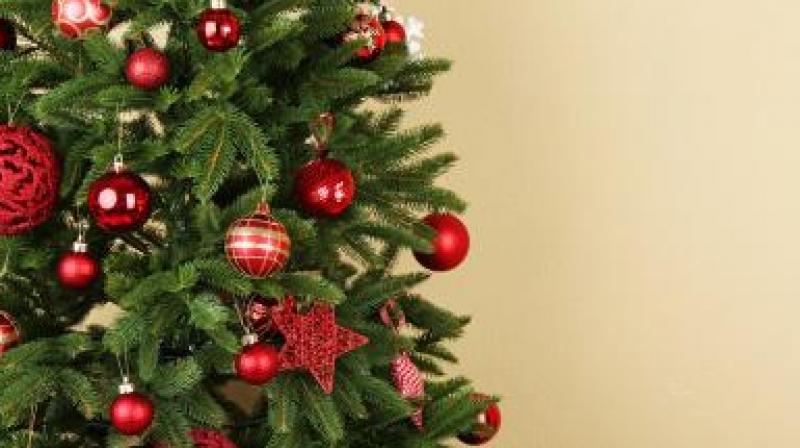 The next lines of the verse whose first line’s words are “Christmas is coming…” are “Please put a penny in the old man’s hat? If you haven’t got a penny, a ha’penny will do…” (Representational Image)

“O Bachchoo, can sin be disguised as virtue,

Or virtue wear the purdah of sin?

How do you tell if the lie is not true

And the truth isn’t hidden within?”

Christmas is coming but neither the geese, nor for that matter the turkeys, are getting fat. They are dying of Covid — sorry, bird-flu — and millions have had to be culled because of the danger of infecting humans. The price of the birdy-Christmas-dinner rises with the aviocaust.

The next lines of the verse whose first line’s words are “Christmas is coming…” are “Please put a penny in the old man’s hat? If you haven’t got a penny, a ha’penny will do…”  At every Tube station, on every main street and outside most supermarkets, the poor man’s/woman’s hat/metal bowl is extended. Bad days.

The latest announcement of industrial action came from the RMT, the railway workers’ union. They had already announced strike action paralysing the entire railway network on three days in mid-December. Then, following abortive talks with the railway management, their union boss Mick Lynch announced a ballot to strike from 6 pm on Christmas Eve into Boxing Day.

Howls of anger and derision, not least from government ministers and MPs, on behalf of the millions who will have to make alternative travel plans to join their family or other Christmas celebrations. A gesture that will empty the churches (as if they are not empty already?). An abomination unto the Lord.

The ambulance workers’ union have said they will make provision during the strike for life and death emergencies and the government has said it will send in soldiers to drive ambulances during the strike. With the ambulance drivers go the paramedics who attend to emergency patients at the spot where they are picked up. Soldiers won’t be able to fill in for them.

The government has also announced it will send in the army to deal with immigration. So here then is the worldwide opportunity for miscreants to flood into the country on forged passports — mafias around the world please note.

I must confess that the strikes won’t affect me directly. I have planned to get to the Midlands for some work mid-December, but I can drive — slowly — on the crowded motorways. No, even though one may not be personally inconvenienced, millions are, and a pall of living in a recalcitrant, crippled dispensation certainly descends like the winter frost over the ever-increasing days of Christmas.

There used to be, according to the carol, 12 days of celebration. Now Christmas season “begins” with the installation of trees and lights and offers of Christmas shopping, weeks and months before the hallowed days! Of course, one must wonder how many days, riding camels, it took the Zoroastrian Magi to begin following the star from Persia to Bethlehem.

(Even so, as I have observed before, if the star rose in the East and they followed it, they would have landed up in Pakistan. No messiah’s birth there! They would have had to flog the gold, franky and myrrh in the Lahore bazar!)

The strikers are undoubtedly asking for their wages to be raised in line with inflation and the RMT’s action is aimed at resisting threatened redundancies. But it’s inescapable that the nurses, junior doctors and ambulance workers are not motivated to take industrial action through simple wage demands. The sector of health they work in is in complete chaos. Some even call it a “meltdown”. Under the decade and more of the Tory government, and certainly since Brexit, the National Health Service has faced severe crises. The shortage of doctors, nurses, ambulance personnel and care workers is a direct result of Brexit and consequently a central cause of the strain and stress in the sector which has triggered the willingness of these compassionate professionals to take mitigatedly drastic industrial action.

Despite this blatantly obvious fact, neither political party or the media platforms, the newspapers, that support them are willing to openly state that Brexit has been an economic and industrial disaster and is at least if not more than 50 per cent responsible, together with the Covid-19 pandemic and the Russian sanctions, for the misery which has hit the British economy and the body politic.

Even so, prominent Brexiteers, owners of businesses, are now openly saying that the shortage of workers and the virtual bureaucratic barrier to exporting to Europe are causing a severe economic crisis. These purveyors of beer, whisky, garments made in Bangladesh etc have nothing to lose by voicing these anti-Brexit analyses. Not so the politicians of both major parties who are absolutely conscious that Boris Johnson won his 80-seat majority on slogans like “Take back control”, “Get Brexit Done” and “Whatever the consequences, keep Johnny foreigner OUT!” — okay, the last wasn’t pronounced but implied.

Now, both parties say they want a “high-wage economy”. In other words, keep the Polish plumber who undercuts the demands of British plumbers out, train more British doctors…

That’s all very well, until one notes that since the 1950s the white working class have abandoned certain sectors of the economy with an absolute resistance to be recruited into them. Hence, immigration from the Caribbean and the subcontinent, hence the shortages now owing to Brexit.