History is full of injustices, transgressions and genocide. Are the descendants of the victims of those injustices entitled to reparations. 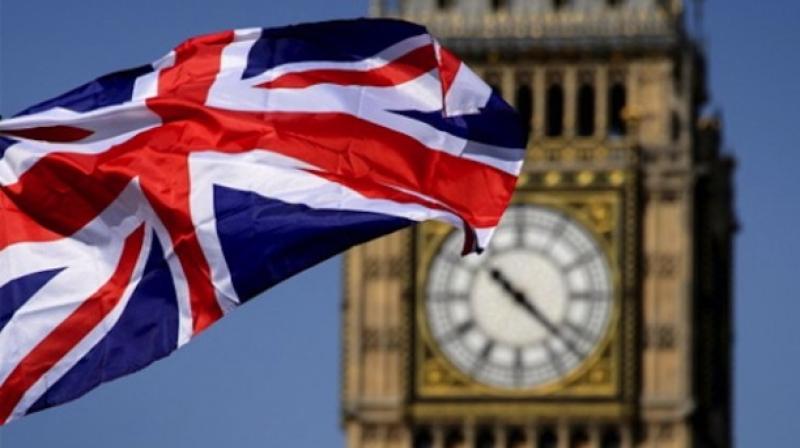 Very many institutions in Britain have engaged in research to find and expiate connections with and profit in the past from slavery. (AFP File Photo)

“Clouds don’t cry
The rain is not their tears
O Bachchoo, you and I
Indulge metaphoric fears

Heavens don’t weep
They have no heart to break
And no eternal sleep
They’ll forever be awake!”

— From The Frolics of Dancing Man Singh, by Bachchoo

This week the University of Cambridge published a report by a body it had set up three years ago called “The Advisory Group on the Legacies of Enslavement”. The report was commissioned to research the university’s contribution to, connection with or profit from the historical injustices of the British slave trade. It found secondary connections of donations from families involved in the trade to some colleges, but didn’t discover any ownership of slaves or plantations by the university.

Very many institutions in Britain, including the National Trust, which preserves and exhibits historical buildings and estates, have engaged in research to find and expiate such connections with and profit in the past from slavery. It is undertaken as a necessary correction or addition to history and an attempt at a national “confession”. These institutions — other universities, schools, boards of education and museums — are in various ways examining their curricula and contents. The statue-toppling tendency is of course part of this historical renaissance, the attempt to blame the blame-worthy.

And within this movement to correct history, the issue of reparations is constantly mooted.

It’s a difficult question. Who is to pay reparations and to whom? How is a figure to be placed on the cost of a lifetime of suffering? To whom is the demand which arises specifically from the enslavement of African people to America and the Caribbean to be addressed? It was British, French, Dutch, Spanish and Portuguese traders and traffickers who either bought their human cargo from other Africans, from Arab slavers operating in north-west Africa or themselves captured African people in their thousands and transported them as chattel.
Who then should pay the reparations? The descendants of the tribes who took other tribes as prisoner to sell them? The descendants, if they can be traced, of the Arab slave marketeers? The present British, French, Dutch, Spanish and Portuguese governments? Will the reparations be in cash? To whom?

In America, it is assumed that reparations should be paid by the United States government – there seems to be no demand on the enslaving tribes, Arab traders or governments of nations who carried on the trade. The logic is perhaps that the plantation owners, though originally from European nations, were through subsequent history citizens of the southern “Confederate” states, and though the north fought to end the slave trade and liberate the plantation slaves, the US government is the succeeding authority to those Confederate states which sanctioned slavery.

My only encounter, an ironic one, with this demand was when I was chairing a talk in London by late Trinidadian philosopher C.L.R. James. James’ lecture to a large, packed audience at the Riverside Studios, a theatrical venue, was about three black women writers — Toni Morrison, Alice Walker and Ntozake Shange. This was early in their careers, before any of these three had won literary prizes and gained the reputation they subsequently did.

Amongst the audience was a lady who called herself Queen Mother Moore, her small entourage and her consort, a tall black American gentleman in an African dashiki, a large necklace and a striking headband.

James concluded his lecture and as chair I asked for audience questions. This gentleman stood up and, without any allusion to the literary evaluation he had just heard, asked if C.L.R. was in favour of claiming the three acres and a donkey which the then government had promised the freed slaves as reparation.
I was inclined to rule the question as irrelevant, but C.L.R. said that he’d answer. He did, saying: “Good luck with that, and if you win, I shall be happy share the land with you, but please keep the donkey.”

The gentleman and no doubt Queen Mother Moore and her entourage were not amused. The audience were. The Moorists left before the next question.

There are consistent calls now from the ex-colonial nations to demand that the loot stolen from their lands be returned and of course demands for reparation for the cruelties to which their peoples were subjected. I have no hesitation, gentle reader, in joining my friend Shashi Tharoor in demanding that the Kohinoor diamond be returned to India. If it is, I advise Narendraji to be cautious and not to claim it, while thanking Liz Truss or whoever, as it carries a curse which ensures pain and death for any male who owns or displays it. Caveat emptor!

As for demanding reparations for the cruelties and exploitations of the Raj, which Shashi has eloquently done, my late friend Charles Allen, the historian, was of the opinion that the high caste from which Shashi descends is guilty of much more cruelty and exploitation of the lower castes of Kerala than anything the Raj perpetrated. Who am I, gentle reader, to judge?

History is full of injustices, transgressions and genocide. Are the descendants of the victims of those injustices entitled to reparations. If they are, I want, as a Parsi Zoroastrian descendant of the Persian empire which was plundered along with mass slaughter by the Macedonian vandal Alexander the Damned, claim the euros which are my due from Greece.