Nothing defines love, or for that matter allows you to experience love in its elemental sense, than bittersweet separation and anticipation 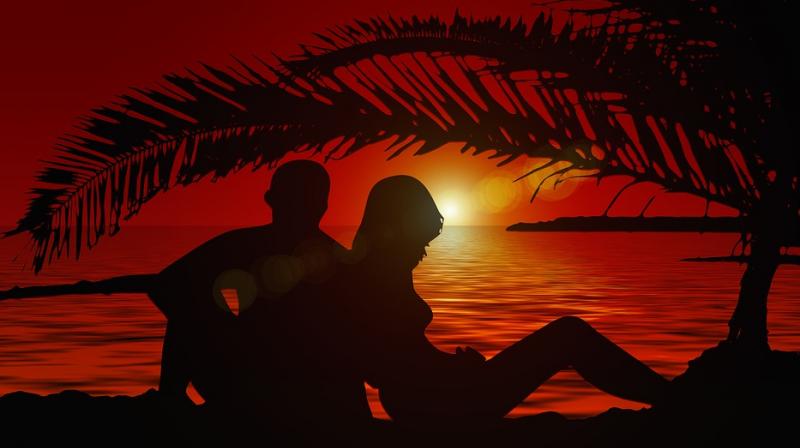 What would I have done if my own parting had happened now? Instead of writing weekly letters in longhand or waiting for the monthly one-hour tapes of her life in cold, distant Boston, would we have video-called each other three times a day? (Photo: Pixabay)

One of the greatest insights about love came to me via a friend, a most unromantic fellow. And at the centre of it is a cigarette.

‘You know what’s embedded in my mind?’ he asked rhetorically one day, referring to the late-’80s, when he was dating his now wife, then in her first year of college. ‘Seeing her off every day at the bus stop at about 6:30 (her curfew was 7:00).  As she left, I’d watch her wave one last time from the window, amble across to the little shop across the road, and smoke a Gold Flake Kings in silence … and think of her.’

It has to be noted here that my friend and the girl of his dreams lived two streets apart.

Those days, I, too, loved a girl. And, I, too, had dropped her off, and waved to her one last time. But unlike my friend who, ciggie in hand, had meditated on the girl he’d bid farewell to, I had burst into tears. Because the bus my girl had taken was a bigger one, the Airbus. And it was taking her to America.

Our issues may not have been exactly the same – he lived next door to a girl whose parents didn’t approve of him, while I loved a girl who was separated by oceans, unaffordable tickets and ungettable visas – but my friend and I did have things in common.

While my friend couldn’t phone his girl on account of her mother’s bulldog-like vigilance, I couldn’t call mine because an international call those days cost one rupee a second.

But what both of us did experience, though in varying degrees, was separation – the seeming futility, the hollowness in the pit of the stomach, and all that went with the joyous misery of being torn apart from the one we loved. That for one of us this parting would last less than twenty-four hours and for the other it could be a year or forever, didn’t really matter. We experienced the same thing.

Then again, we experienced the flip side of separation, too: anticipation. The quickening of the heart that accompanied the wait, as the possibility of a reunion, the following day, month or year, drew closer.

Nothing defines love, or for that matter allows you to experience love in its elemental sense, than bittersweet separation, and its conjoined twin, anticipation, and all that this Punch and Judy team does to your heart.
What would my friend’s cigarette, smoked in solitude, in that pure moment of missing someone, entail today? Would he stop mid-puff to send her an emoji-filled text? Would his smoke be interrupted by a selfie from her accompanied by kissy faces? Or worse still, would it be shattered with a call, barely a second after their goodbyes?

What would I have done if my own parting had happened now? Instead of writing weekly letters in longhand or waiting for the monthly one-hour tapes of her life in cold, distant Boston, would we have video-called each other three times a day? Would I have hooked up a webcam that connected her classroom to my big-screen TV so I didn’t miss a thing? How would my separation from her in an inaccessible land be any different from my friend’s separation from his girl who lived no more accessibly a street away?
Talking of love and longing in a larger sense, in today’s world, what would match the thrill of watching Star Wars at Safire, after waiting in a sweaty queue that went right up to the theatre’s gates –  a full two years after it had become a worldwide phenomenon? Would I not know everything about this movie, as I lay in bed watching something else, while it was playing simultaneously in theatres in New York and Nanganallur even before the first show ended?

What about the only copy of Robert Ludlum’s The Matarese Circle at the lending library that we had to wait for and quickly pass on to the next friend on the waiting list? Or the mix-tapes we made, a combination of all the sentimental hits of the previous year, meticulously curated to melt the hardest-hearted Stella Marian?

Where is the separation from a loved one, the waiting for the next meeting, the longing for a voice, the unavailability of a desired object? Or the anticipation and the irreplaceable thrill of delayed gratification – those most primeval of human emotions, nay, needs – in these days of zero distance, instant access and unlimited choices?

How can you know love unless you miss someone? How can there be poetry without longing? Or desire when there is no waiting? How can the heart grow fonder without absence? Where is that uninterrupted cigarette today that my friend experienced?

And what has this done to us, a species that has been stripped of its ability to love the way we have been loving over millennia – slowed down by time, separated by distance, defeated by unavailability, thwarted by nature’s obstacles and frustrated by the laws of physics?

Is it because we have forgotten how to love truly that we have so eagerly embraced its opposite? Perhaps it is because today’s so-called tools of progress have blunted our power to experience intense love of any kind; it is to tell ourselves we are alive, and still possess the ability to feel, that we have learnt to hate easily, quickly, and with all our hearts.