The Maharashtra government had requested defence officials to arrange airlift of the stranded passengers. 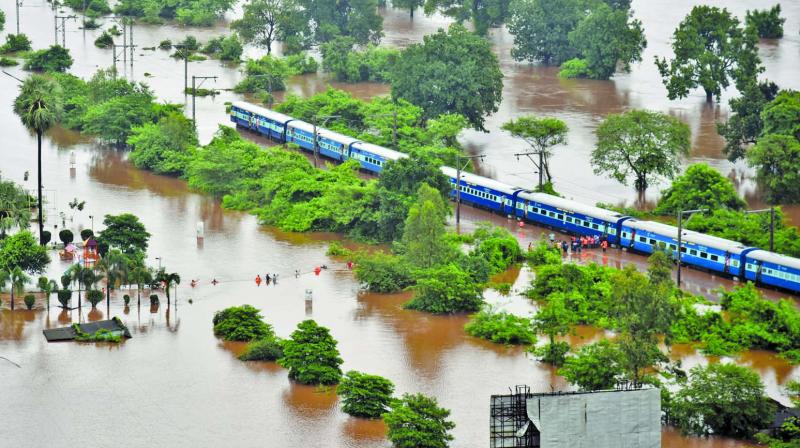 Mahalaxmi Express train marooned in floodwaters in Badlapur on Saturday. All 1,050 passengers on board the train were safely evacuated. (Photo: AP)

Mumbai: Even as authorities claim that 1,050 passengers stranded on board Mahalaxmi Express for 17 hours were rescued, several passengers complained that they did not get any help for nearly 11 hours. Infact some of the passengers claimed that they were rescued by locals and not by the official rescue workers.

They claimed that no food, water was provided to children, pregnant wo-men onboard.  According to the locals, the first official help came from Badlapur fire brigade team then followed by the National Disaster Response Force, Navy, Air Force, Railway Protection Force and local authorities.

“I received a call from guardian minister Eknath Shinde on Friday night that several passengers are stranded. I immediately approached our local groups and we started circulating messages on WhatsApp. Within fifteen to twenty minutes we were at the rescue spot,” said Anand Waigankar, a local resident. 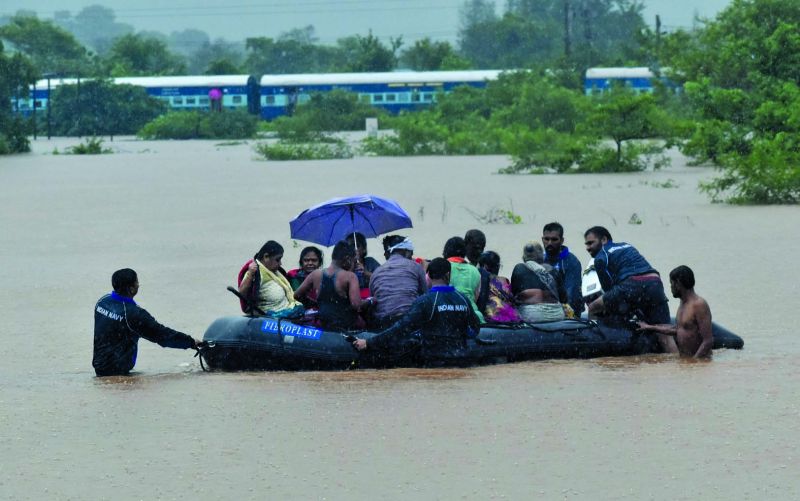 Villagers formed human chain to conduct rescue operation. Ganesh Irfale a villager said, “We first provided water and snacks such as biscuits to stranded passengers and also formed a human chain to rescue the passengers. Temporary shelter was also provided to them to freshen up.”

Some of the passengers suggested that the railways improve its emergency communication system so that those stranded get live updates to mitigate the haplessness. “When I dialled 100 (police help line number), I was told it was matter concerning the railways. I was shocked to hear such a response from the police,” a student in the train said.

Another passenger Amol Rane said, “We were stuck here for more than ten hours. When we started calling the emergency numbers, we only received sympathetic reply, rather than prompt action.” 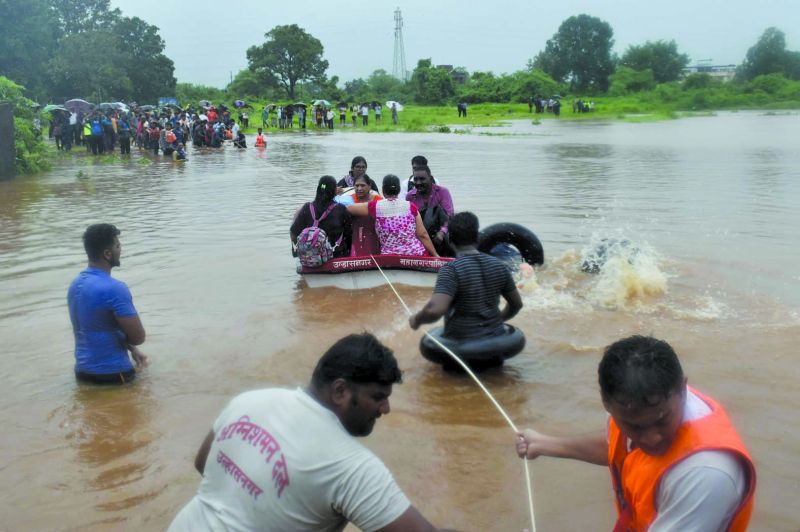 The Maharashtra government had requested defence officials to arrange airlift of the stranded passengers. Many passengers were rescued through inflatable boats of the NDRF, while others were carried on the shoulders of the rescue personnel. Some also waded across the flooded tracks on their own.

The rescued passengers made their onward journey in a special train that left from Kalyan at 6:10 pm, CR chief public relations officer Sunil Udasi said.