Replying in writing, Mr Singh said that he was surprised by Mr Venu-gopal’s use of “clichéd phrases” such as ‘politics of opportunism’. 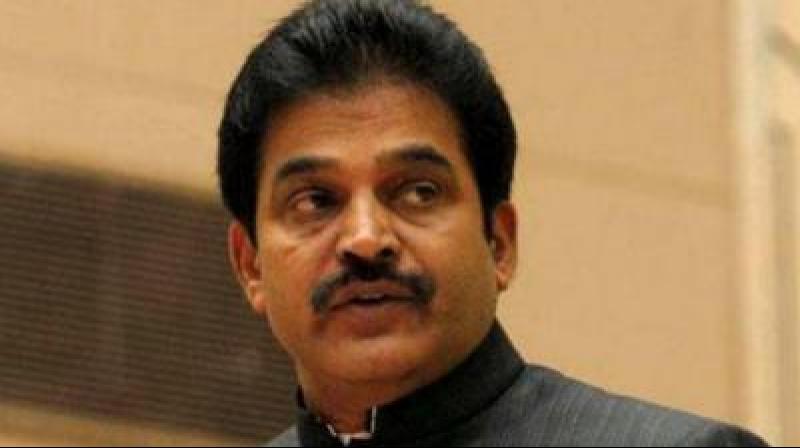 Mumbai: All India Congress Committee (AICC) general secretary K.C. Venugopal has written a letter to Kripashanker Singh, who recently resig-ned as a Congress member, stating that it was most unfortunate that the politics of opportunism was being disguised un-der a misguided and misinformed understanding of patriotism.

Replying in writing, Mr Singh said that he was surprised by Mr Venu-gopal’s use of “clichéd phrases” such as ‘politics of opportunism’.

Sources said that Mr Venugopal had sent the letter, which is in The As-ian Age’s possession, to Mr Kripashankar on Saturday via speed post.

Mr Singh — who has been elected from Mumbai multiple times and served as a state minister — resigned from the Congress twelve days ago, when he was in New Delhi for a Screening Committee meeting, w-hich was taken by senior Congress leader Jyotir-aditya Scindia.

He cited the party’s stand against the abrogation of Article 370 as reason for his resignation.

According to the letter, which was addressed to Mr Singh by Mr Venu-gopal, “The Congress party fought for the nation’s freedom and was involved in the drafting of its Constitution and solidly contributed to building democratic institutions since independence. A true Congressman or Congresswoman will not look the other way when people are suffering, their democratic rights are being squashed, and a sovereign commitment is being brushed away.”

It further said that the very federal nature of India was at stake and courage was needed to call out the misdeeds of the powerful. “Those who lack this conviction are free to seek refuge under opportunism, we respect their choice,” it read.

Mr Singh, however, wrote back to Mr Venugopal, stating, “One of the reasons, besides many, for my resignation was the unprincipled stand of the party with regard to the abrogation of Articles 370/35(A).” “As and Indian, nationalism comes paramount (sic),” his letter, which is also in possession of The Asian Age, read.