Netizens, however, slammed Mr Kumar, stating that even though the metro is important for the city, the site for car shed should be shifted from Aarey. 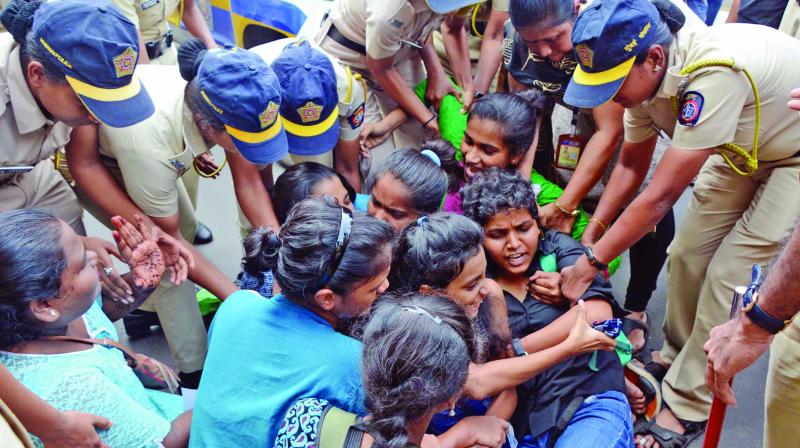 Mumbai: A day after Bollywood legend Amitabh Bachchan riled a section of Mumbaikars with a tweet praising metro projects in the city, actor Akshay Kumar faced similar backlash after tweeting about a positive experience on the Metro Line 1 Thursday.

Citizens and activists, who have been opposing the setting up of a car shed for the Metro 3 corridor at Aarey Colony — for which more than 2,000 trees are slated to be axed — lashed out at the celebrities, stating that they were pushing government propaganda and that they should use their voice to help conserve the verdant area instead.

In the video, Mr Kumar claimed that while Google Maps stated that the journey would take two hours by road, he reached his destination in only 20 minutes via metro. “A two-hour journey covered in 20 minutes... The metro is the only transportation option which is elevated. Even though the roads down the metro gets waterlogged during the rains, metro is not affected,” he said.

Netizens, however, slammed Mr Kumar, stating that even though the metro is important for the city, the site for car shed should be shifted from Aarey. “Why just one day PR stunt ? Travel by metro everyday #LikeABoss @akshaykumar. Mumb-aikars haven’t opposed Metro nor do they need to be educated on its need & importance. But some people do need education on importance of forests. #SaveAareyForest, it’s as important as Metro for #Mumbai (sic),” read a tweet.

Another netizen, Kailash Anerao, took Mr Kumar to task for ostensibly supporting deforestation. “Metro3 will be underground and its Carshed is being pushed into #AareyForest. Do you approve of cutting the jungle down and destruction of its ecosystem. The #Adivasis will be shifted to SRA tenements and animals into a proposed #Zoo?? Let us know your views through another video,” his tweet read.

Some citizens also criticised Mr Kumar for keeping mum on Aarey even though he had raised concerns over recent Amazon rainforest wildfires.

“Hypocrite!!! Crying over burning of Amazon Rainforest and now smartly justifying the cutting of Aarey forest,” read a tweet.

The police, meanwhile, detained 22 school and college students who squatted on a road near Mr Bachchan’s bungalow in Juhu and shouted slogans — a move widely condemned by activists.

“We condemn the action by police against the peaceful protesters. Mr Bachchan opposed the Metro 2B (DN Nagar to Mandale) alignment earlier when his bungalow was falling in its vicinity,” said Godfrey Pimenta, a trustee of Watchdog Foundation.

A senior inspector from the Juhu police station, Pandrinath Vahwal, said, “The students, under the banner of the Vidyarthi Bharatiya Sanghatna, landed outside Mr Bachchan’s bungalow Pratiksha holding banners and placards that opposed the proposed hacking of trees in the green belt in the suburbs.”