A case has been registered against Mr Jadhav in the Pishor police station in Aurangabad district, as per the Election Commission’s order. 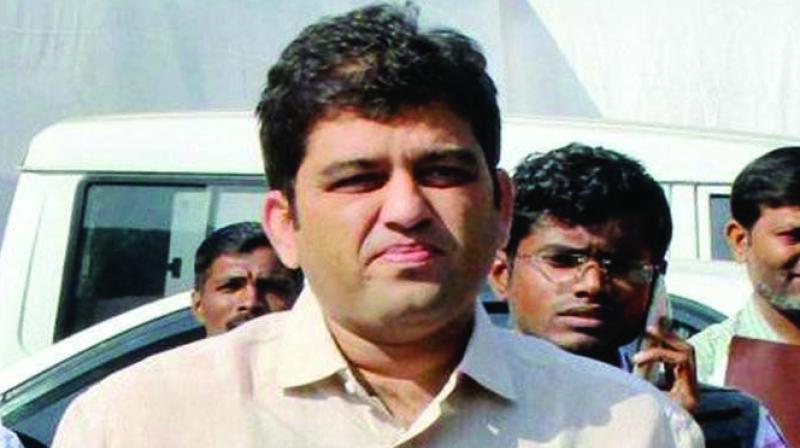 Mumbai: A complaint was registered against independent candidate Harshvardhan Jadhav Friday for violating the model code of conduct (MCC). Mr Jadhav used unparliamentary language against Shiv Sena president Uddhav Thackeray during an election rally Tuesday. While a group of unidentified men attacked his house in Aurangabad Wednesday. A case has been registered against Mr Jadhav in the Pishor police station in Aurangabad district, as per the Election Commission’s order.

Mr Jadhav termed the act as “cowardly” as the group targeted his home when his wife and son were alone. He said that Sena leader Mr Khaire had defamed him by claiming that he killed his own father.

“I showed patience after the allegations, and my statement (against Uddhav Thackeray) is a result of Mr Khaire’s allegations,” said Mr Jadhav. Mr Jadhav’s wife, Sanjana Jadhav, told news channels that the assailants were shouting slogans of “Jai Bhavani Jai Shivaji” while attacking their home.

Sena MLA Ambadas Danave denied allegations that Shiv Sainiks attacked Mr Jadhav’s house. “Mr Jadhav loves to do such stunts to grab the sympathy of the people.” He also said that Sena workers were angry with Mr Jadhav for his statement but would never attack like cowards.

Mr Jadhav is contesting independently from the Kannad Assembly of the district. He is a former Sena MLA. He had joined the Sena after leaving MNS.