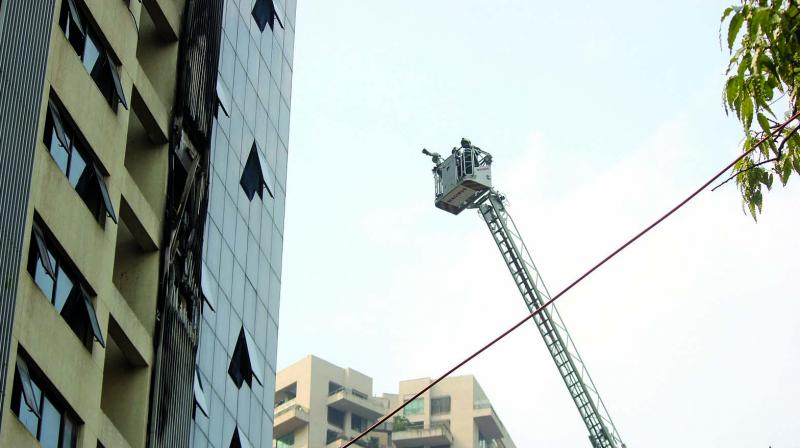 Mumbai: A major fire broke out at the 22-storey Peninsula Park commercial building on Veera Desai Road in Andheri (west) around 12.45 pm on Monday. About 46 people were safely evacuated and no injuries were reported.

According to officials, the building’s fire system was in a working condition, which helped the fire brigade douse the blaze, which had been declared a level II fire, in less than 30 minutes.

“The blaze was confined in the electric duct between 6th and 12th floor of the building. The in-built fire fighting system installed in the building was in a working condition and it helped the firemen to douse the blaze immediately. The fire was extinguished in the shortest possible time and tragedy was averted. One can realise how important it is to install and also maintain the building’s fire fighting system to save lives and property,” said chief fire officer P.S. Rahangdale.

As per information received by the disaster management unit, the fire broke out in an air-conditioner on the 6th floor at 12.42 pm. The blaze then spread upwards and affected the section from the 6th to 12th floor of the building near the electric duct.

Earlier, around 6 am on Sunday, one person was killed and two firemen injured after a massive fire broke in the five-storey Aaditya Arcade commercial complex at Grant Road (east). The blaze gutted the common electric duct of the building while the ground and first floor of the building were most affected.